In 2002, he was part of the rap group Entity that had a hit with “Touch N Go“. Entity was nominated in 2005 for “Best African Hip Hop” in the KORA Awards and performed during the event. He went on to study sound engineering before choosing to perform. “I decided that’s what I needed to do,” says the man dubbed the Prince of South African Rap. 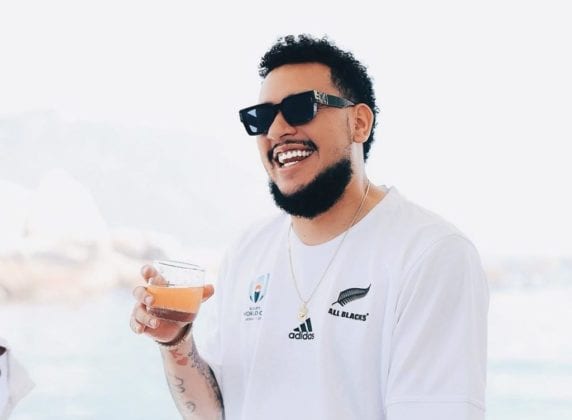 As Entity disbanded in 2006, AKA went on to study sound engineering and later joined Buks and Kamza to form the production collective known as The I.V. League in 2007. His production credits include tracks by PRO, Tuks Senganga, Andile, Shugasmakx, Khuli Chana, Teargas, Psyfo, Jub Jub, Loyiso Bala, Bala Brothers, Jae, JR and Proverb.

In 2009 AKA ventured for a solo career with hits like “Mistakes”, “In My Walk” and “Do It” with the latter making it to number 1 on the South African 5FM Top 40. He won Metro FM Music Awards for “Best Newcomer”, “Best Hip Hop” as a solo act, and “Best Produced Album” for his debut Altar Ego. It is then that he was dubbed “Prince of South African Rap” by one of the national newspapers. He also won “Best Dressed man” during the GQ Awards in South Africa alongside Oscar Pistorius.

In 2011 AKA‘s song “Victory Lap” won Channel O’s Most Gifted Hip-Hop Video at the 7th annual Channel O Music Video Awards and at the 18th South African Music Awards AKA was awarded Male Artist of the Year and Best Street Urban Music Album. The rapper went on to say “Winning the awards has been a big honor and it is very humbling. The Male Artist of the Year award has made me see myself as a musician across all genres and not just a hip-hop artist,”.

AKA has opened for Kanye West, Snoop Lion, Rick Ross, 2 Chainz, Big Sean, and Kendrick Lamar in their South African tours. He has won many awards including “Best Street Urban Music Album” and “Male Artist of the Year” at the 18th South African Music Awards (SAMA) South African equivalent to the Grammys.

In late 2014 rapper, AKA signed a multi-album deal with Sony Music through its new local urban label Sound African recordings. Executive head of A&R for Sony, Zakes Bantwini made the announcement through their platform. ‘We’re excited to add AKA’s illustrious career to our stable. We are excited about AKA’s growth prospects in Africa and beyond.’ The Sony Music/AKA partnership is the key catalyst to change the business and face of Music across Africa, especially in the key areas of quality, distribution, and content management’. In June 2015, AKA‘s sophomore album Levels was certified Gold, by the Recording Industry of South Africa, for shipments of over 20,000 copies domestically.

The rapper AKA is generally considered as one of the most talented and influential rappers in South Africa and the African continent, praised by fans for evolving Hip-Hop in Africa.