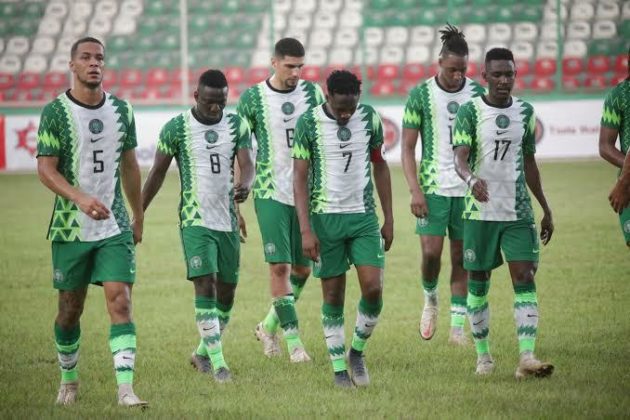 The game is the first of a doubleheader between both countries. This is the third group game of the Qatar 2022 World Cup qualifiers.

Kal Namnganda scored the only goal of the game on the 92nd minute with CAR’s only shot on target. Kal went past the Nigeria defense to beat Francis Uzoho in goal.

The Super Eagles lead the Group with six points with Cape Verde and CAR in second and third position with four points. Liberia are bottom with three points.