Donny van de Beek has opened up about his relationship with Manchester United's manager, Ole Gunnar Solskjaer. The midfielder was rumored to leave Old Trafford this past transfer window, following his lack of game time since he joined United from Ajax. 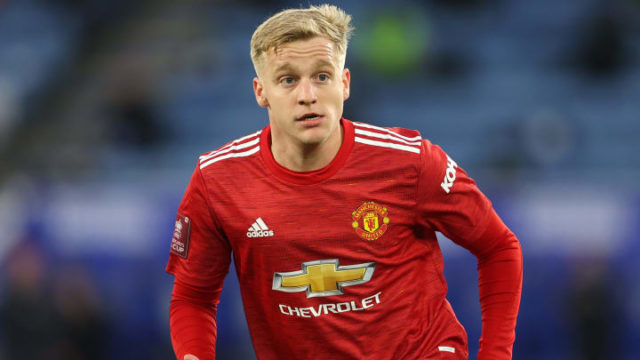 The midfielder was speaking in an interview with Rio Ferdinand, on a YouTube podcast video on Monday, September 6th, 2021. The dutch player believes he is in the plans of the Manchester United manager.

I speak with the manager about it and the club. They were clear they wanted me to stay here. The manager was really positive about me and he said; I need you and I want to keep you here.

Of course, what I see here now in the beginning of the season is difficult because I didn't play for one minute, but he said. What I see every day in training, I see a different Donny now.

I need to trust him. If he doesn't need me, I think he will let me go. I think he has plans with me.

This is football and I think you can never promise a player if he will play or not. You can train every day hard, but in the end you need game time to show your best shape. If you play once in a month or anything, you cannot show your best.

It thinks I can do (play as a six) but, of course, I don't know what the manager thinks or what he expects from me. I've played in this role before with Ajax.

That depends on how you play as a team. For how we play. I think the best position for me is a number six or eight.