The French basketball team ended the 25 games unbeaten run by the United States of America at the Olympic Games beating them 83-76 on Sunday the 25th of July. This defeat was the first suffered by the Americans at any Olympic competition for the first time since Athens 2004 where they settled for a bronze medal. 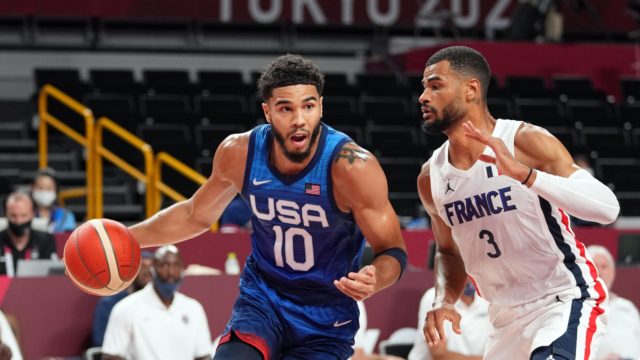 Evan Fournier emerged as the highest scorer for France with 28 points, Rudy Gobert with 14 points, and Nando de Colo with 13 points. Jrue Holiday scored the highest point for the United States with 18 points, Bam Adebayo 12, Damian Lillard 11, and Kevin Durant with 10 points.

Meanwhile, in the other group game Czech Republic got the better of Iran beating them 84-76

The Americans were favorites heading into the competition as they were looking to earn themselves a consecutive fourth gold medal but with this setback, the Americans will hope the defeat against France is just a fluke, as they will look forward to victories in their remaining games of the competition.