Spurs' Steven Bergwijn Suffers Injury While on Duty with Netherlands

Tottenham Hotspur might go into this weekend's game with a much depleted team following an injury to Steven Bergwijn during his duty with the Netherlands during the International break. Spurs seem to be the worse hit with injuries during this window. Son Heung-min also got injured while playing for South Korea. 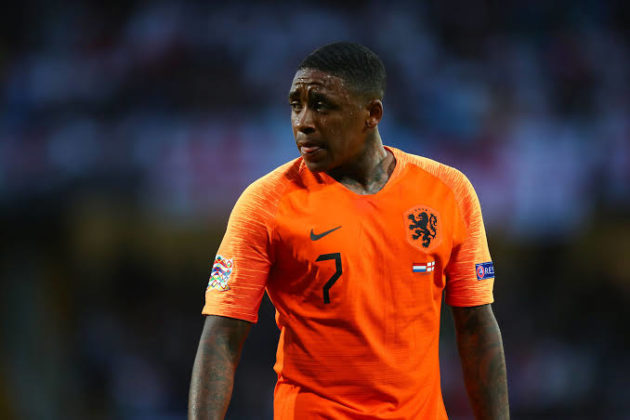 The injury to Bergwijn was confirmed by an Injury news expert Ben Dinnery on his official Twitter account on Wednesday, September 8th, 2021. He confirmed that the player will be assessed ahead of the game against Crystal Palace on Saturday, September 11th, 2021. 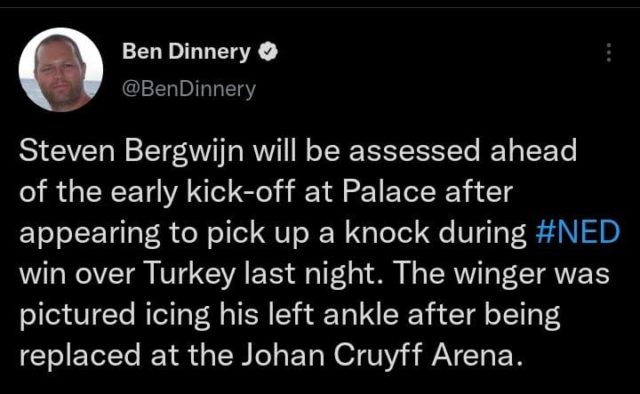 Tottenham might also be without the attacker after the Korean Football Association confirmed that the player suffered an injury in his right calf.

Argentina's duo of Giovani Lo Celso and Cristián Romero are also expected to be out of this weekend's game. The players went against the club's order of not traveling for the FIFA World Cup qualifying matches during this international window.