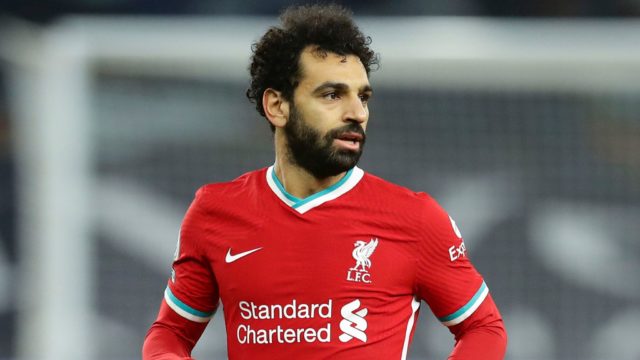 The pacy forward scored the second goal for his Liverpool side in their 2-0 win against Porto on Wednesday the 24th of November 2015, making it six goals in five matches as his fine European campaign continues.

Before Wednesday, Brazilian goal poacher Firmino held the record of being the only player to score six goals for Liverpool in a single group stage (2017/18 season). However, Salah has equaled that Liverpool record with a fine finish against Porto in Wednesday's group stage match.

Thiago Alcantara, Liverpool's star midfielder, opened the scoring in the 52nd minute, and Salah doubled the lead in the 70th minute, thanks to a sublime assist from Jordan Henderson.

With the win, Liverpool remained on top of the Group B table, garnering 15 points from five matches.