Brazil's football legend, Ronaldinho, has sent a heartwarming message to Lionel Messi, after the duo reunited at the Parc des Princes. 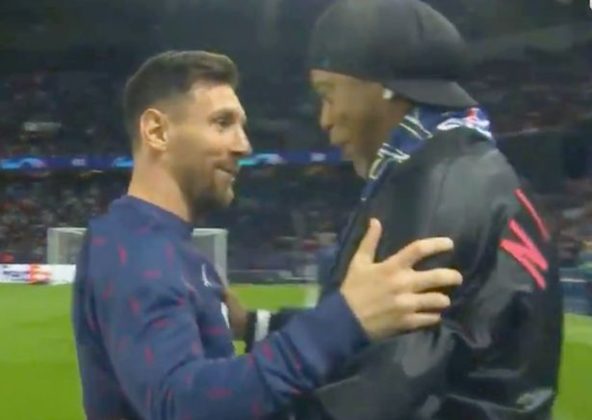 Mirror Football reported the message on its website on Friday, October 22nd, 2021. The 41-year-old was a guest of honour in the club's 3-2 win over RB Leipzig in the UEFA Champions League.

Messi scored two goals in the game, which gave the French team maximum points against this opposition. PSG was the first club, Ronaldinho moved to in Europe after he left Brazil in 2001.

When I arrived in Barcelona, there was already talk of a fantastic young man like Messi. And later we trained together, I saw his quality. In each game and each training session, we saw that it was different. It was a pleasure watching him do it. He became a true friend to me. I am very happy to see him at the club where I started in Europe. It is something that I did not think about in my life. He was sure that his career at Barcelona would end. And, for me, it was a surprise. As I like PSG, it was a surprise, but I never thought I would see him with another shirt that was not the Barcelona one.

Messi completed a move from Barcelona to the Ligue 1 side during the summer transfer window. According to reports, the financial fair play rule in Spain was the reason the Argentine's contract was not renewed.

The move was one of the shocking transfers during the transfer window.