Romelu Lukaku Is a Perfect Addition to Chelsea - Thomas Tuchel

The manager of Chelsea Football Club, Thomas Tuchel has expressed his satisfaction with the signing of Romelu Lukaku. The coach spoke extensively about the Belgian in his press conference on Friday, August 13th,2021, ahead of his Premier League game against Crystal Palace on Saturday, August 13th, 2021. 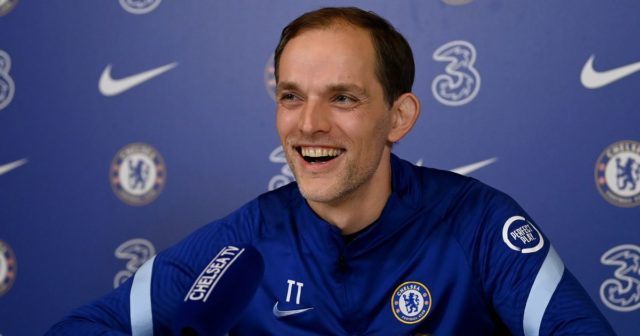 Tuchel, who was speaking in a video on Chelsea's website said Lukaku is an excellent striker that Chelsea needs, reflecting on how his team missed a lot of goal-scoring opportunities last season.

The German tactician is adamant that the physical presence, speed, and personality of the Belgian will help see the Blues achieve more than they did last season.

We are happy to have Romelu back in the club as an addition to our squad. We think in terms of personality, his speed, power, he can hopefully be an excellent choice for us and an excellent addition.

He has the power; he has the physique to help us. He has the experience, the personality, to have an instant impact on our squad. He is at the same time a humble guy and a true team player and he care about Chelsea.

He is super hungry. It was actually very important to us that it was his desire to re-join Chelsea and to finish his story at Chelsea in the way he wants to for himself. It was very important because we have a strong group that is defined with a strong bond and a certain attitude to be ready to help each other out and support each other.

We think that Romelu, having always Chelsea in his heart, is a perfect addition to our group because he embodies all that we are proud of in this club and in our team.