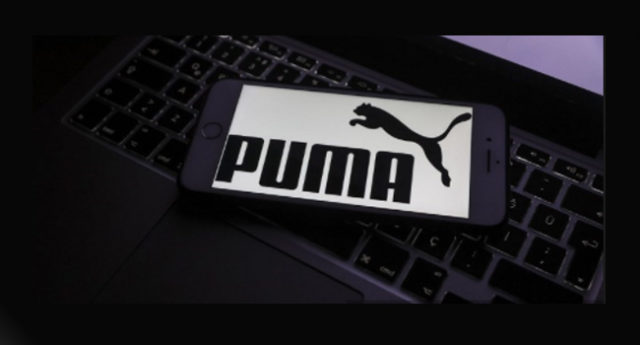 Sportswear manufacturing company Puma has terminated the four-year sponsorship contract it had with the Athletics Federation of Nigeria.

Making the move today, on the 4th of August 2021, officially terminated the sponsorship contract over failure to keep to the agreed term.

The said contract was originally signed in Doha in 2019, led by the former President of AFN, Shehu Gusau, to expire in 2022.

Part of the contract signed states that PUMA will supply apparel for all age categories to Nigeria’s athletics team for four years at no cost.

Also, it was agreed that gold medalists at the Olympic Games will earn $15,000, silver medalists will get 5,000 and a bronze medal will fetch athletes wearing PUMA apparel at the games $3,000.

However, before the ongoing Tokyo Olympics commenced, the Nigerian ministry of youth and sports development had made it known that the athletes would not use Puma kits at the Olympics against the contract agreement with Puma, on the basis that Shehu Gusau and former technical director of AFN, Sunday Adeleye, refused to disclose the contractual agreement they signed with Puma on behalf of AFN.

Due to Nigeria's failure to abide by the contract at the Olympics, PUMA terminated the contract today. The statement released signed by the company’s director, Manuel Edlheimb, partly stated:

We are referring to the Sponsoring & Licensing Agreement (the “Agreement”) signed between our Company and your Federation.

As a direct consequence of the recent developments, particularly at the Tokyo Olympic Games 2020, and pursuant to Clauses 9.2 and 7.3 of the Agreement, we hereby terminate the Agreement with immediate effect 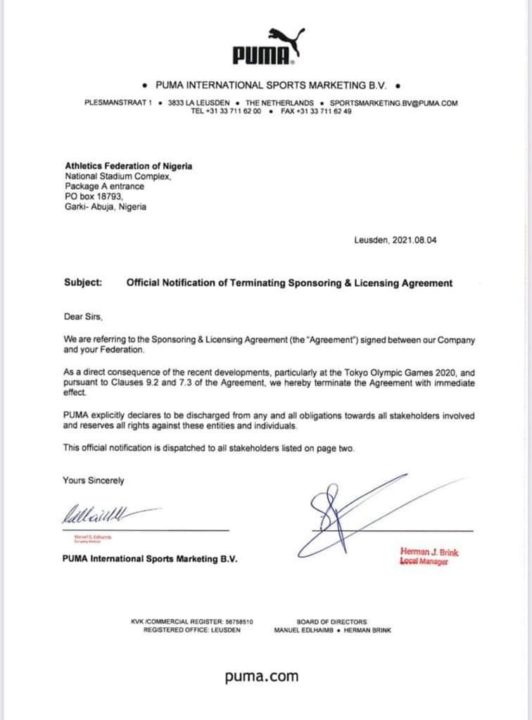