Ecuador Olympic sprinter, Alex Quinonez, was confirmed dead in his home city of Guayaquil, the Olympian was a victim of unrest in the town. 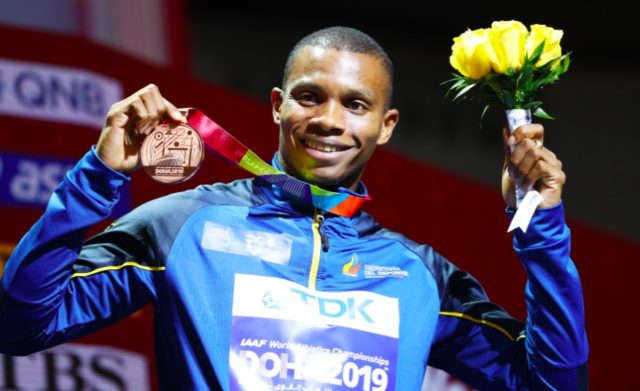 READ ALSO: XAVI SPEAKS ABOUT THE POSSIBILITY OF COACHING BARCELONA

The news of his death was confirmed by the President of the Guayas Sports Federation, Roberto Ibanez, on his official Twitter count on Saturday, October 23rd, 2021.

There have been a lot of security issues and an increase in the crime rate in the city of Guayaquil.

My heart is shattered, I can't find words to describe the emptiness I feel. I can not believe it, until when are we going to continue living so much evil and insecurity. Rest in peace dear Alex, I will miss you all my life. 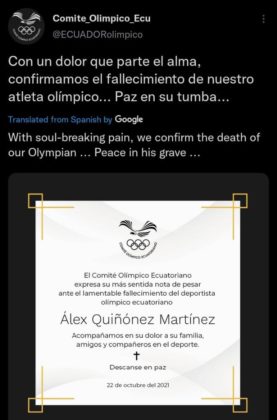 According to reports from Mirror Sports, Quinonez was shot dead alongside his friend by an unknown person in Colinas de la Florida, in Guayaquil.

The Ecuadorian sprinter who competes in the 100m and 200m events was at the London 2012 Olympics where he clocked a national record of 20.28 seconds in the heat and finished seventh in the final.