Jack Grealish has completed his signing for Manchester City from Aston Villa for 100 million pounds. A seasoned reporter on transfer stories, Fabrizio Romano, confirmed this deal on his official Twitter account on Thursday, August 5th, 2021. 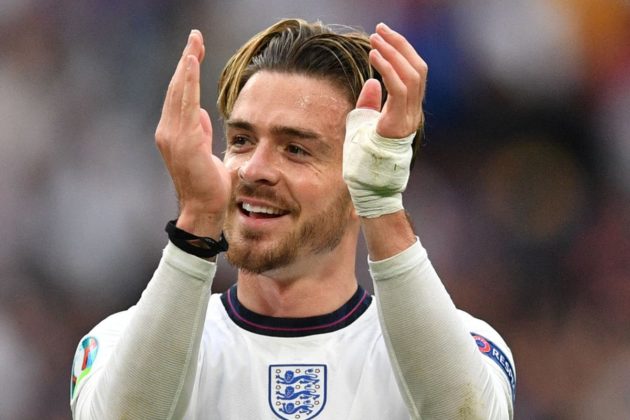 Fabrizio wrote on his account, Jack Grealish has signed for Manchester City. Paperworks have been completed,

Jack Grealish has signed his contract until June 2026. He is going to be announced as a new Manchester City player for 100 million pounds from Aston Villa,Paperworks signed yesterday evening between the two clubs. Pep Guardiola has already spoken directly with Jack. Here-we-go. 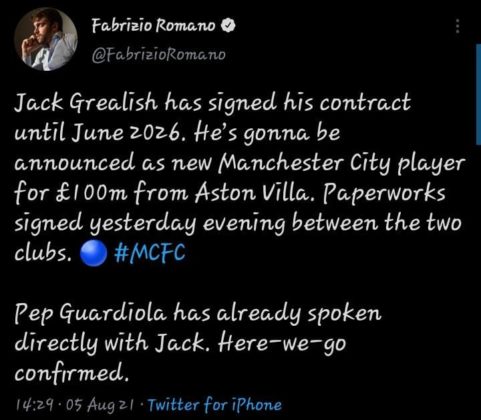 Manchester City is also keen on signing Harry Kane from Tottenham, but the deal is far from seeing the light of day. The citizens will look to defend their Premier League title and also win the UEFA Champions League in the 2021/22 season.

Jack Grealish has been a lifelong fan of Aston Villa for 19 years. The English midfielder started his football career at age 6 with the Villa's academy. At age 16, he was named as an unused substitute in a 4-2 Premier League defeat against Chelsea in March 2012. He scored 34 goals and 43 assists in 213 games for Villa.

Aston Villa has filled the void left by Grealish with the signing of Leon Bailey from Bayer Leverkusen and Danny Ings from Southampton.