Chelsea Football Club has completed the signing of Spanish midfielder Saul Niguez on a season-long loan deal from Atletico Madrid for €5m. The Blues are looking to strengthen their midfield as they compete in domestic competitions and the UEFA Champions League. They have an option to buy the player when the loan deal is over. 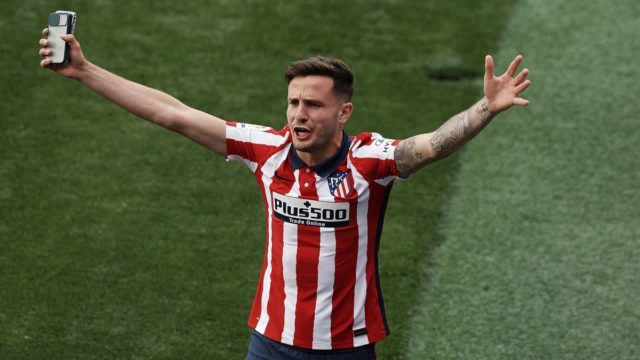 Chelsea announced the deal of the midfielder on its website on Tuesday, August 31st, 2021. Saul fell down the pecking order under manager Diego Simeone after the signing of Rodrigo De Paul. He played a huge part in the Atletico Madrid team that won the La Liga last season. The midfielder played 33 games for the Madrid club; he has also played two games this season.

The player told the Chelsea website that he is excited to start a new challenge with the Blues. He also believes he is part of the club now.

I am very excited to start this new challenge with Chelsea. Blue fans, I am one of you now and I can't wait to wear the shirt, start training and see you all. See you soon!

He joined Atletico Madrid from Besiktas in March 2012. The Spanish player has 230 appearances in the league, scoring 26 goals. During his time in the first-team, Atletico won La Liga, the Copa del Rey, and the UEFA Europa League. He was also part of the team that lost the UEFA Champions League final to Real Madrid in the 2015/16 season. He also has 19 appearances for the Spanish Senior team.