OFFICIAL: Burnley vs Tottenham Postponed Due to Heavy Snow Downpour

The Premier League game between Burnley and Tottenham has been postponed because of heavy snow downpour at the Turf Moor. 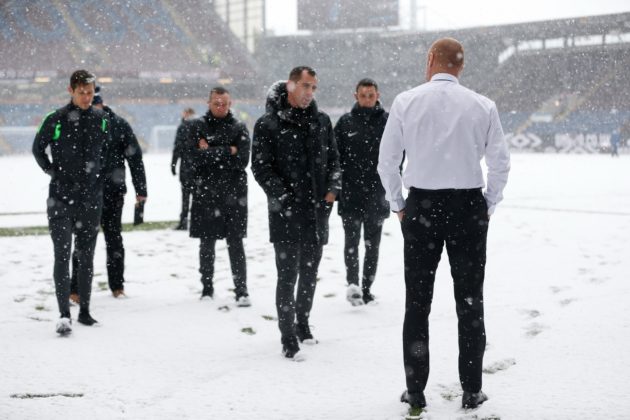 Tottenham's player already arrived at the venue an hour before the game, but the officials called off the game.

Burnley's manager, Sean Dyche, who was speaking ahead of the game, said the pitch recovers every time the stadium staff clears it.

As you can see, the pitch recovers every time; they clear it. The referee explained the safety angle as well, so it was important to make a decision early. It fell that quick and that heavy. It's still quite strong now. The pitch can not get rid of the snow that quick. It's the lines being cleared as well. We would have to stop and clear them. It's a joint decision with everyone concerned.

The Premier League body will pick a new date for the fixture. Both teams will have extra days to rest ahead of their midweek games. Burnley will play Wolves on Wednesday, December 1st, 2021 whole Tottenham will host Brentford on Thursday, December 2nd, 2021.