Arsenal Football Club has completed the signing of Aaron Ramsdale from Sheffield United. The Gunners  paid 30 million pounds, including add-ons for the goalkeeper. The goalkeeper is Arsenal's second signing of the day. 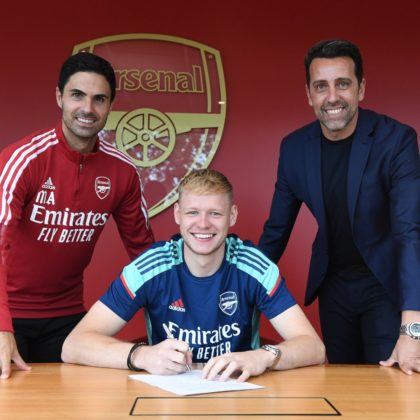 Ramsdale signed for Bournemouth in 2017 when the cherries were in the Premier League. He spent three years at the club during which he had loan spells, first with Chesterfield, then AFC Wimbledon where he won the club's player of the season. The news of the transfer was announced on the Gunners' website on Friday, August 20th, 2021.

The 23-year-old will wear jersey Number 32 for the club. It is still uncertain if he will be available for selection when Arsenal plays Chelsea on Sunday, August 22nd, 2021.