Four players of Nigerian origin were on display in Arsenal's 2-2 draw vs Rangers of Scotland. Leon Balogun, Calvin Bassey, Folarin Balogun, and Arthur Okonkwo all featured in Rangers 150th anniversary friendly game on the 17th of July in Ibrox Stadium, Glasgow. 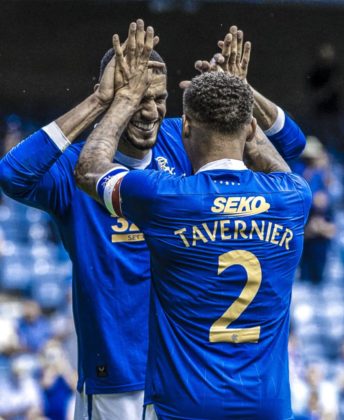 All four players started from the first whistle in what turned out to be an exciting game. Super Eagles defender Balogun opened the scoring in the 14th minute, heading past 19-year-old, Nigerian-English Arsenal academy graduate Okonkwo.

Aside from his goal, Leon had a solid game in Rangers defense. Stopping namesake Folarin and Gabonese striker Aubameyang. Arthur also had a good game, there was nothing he could have done to save Balogun’s well-dispatched header.  Both Arthur and Leon were replaced before the start of the second half.

Another player with an impressive game was Italian-born English left-back Calvin Bassey, who had a brilliant game in defense and was arguably Ranger's best player in the park in the first half. He defended honestly and bombed forward whenever the opportunity presented itself. He got a well-deserved rest as he was substituted in the 62nd minute. 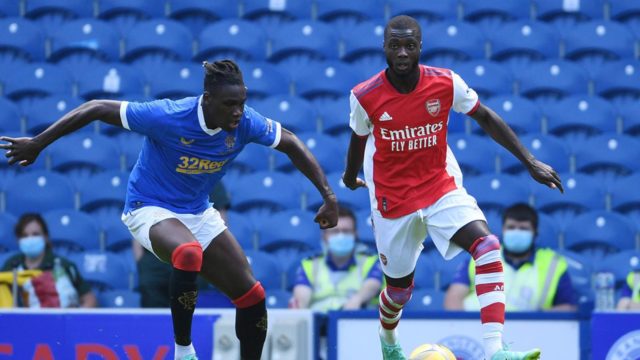 Striker Folarin Balogun also showed glimpses of his potential and saw his shot saved by the Rangers goalkeeper. In the end, it was not his day as he could not manage to get a goal or assist in his second start of preseason. He was substituted at halftime by Alexander Lacazette.

Overall it was an engaging encounter, especially if you are a Nigerian spectator and it would have been more fun if we had stars like Joe Aribo and Bukayo Saka, who were unavailable for the match, playing.