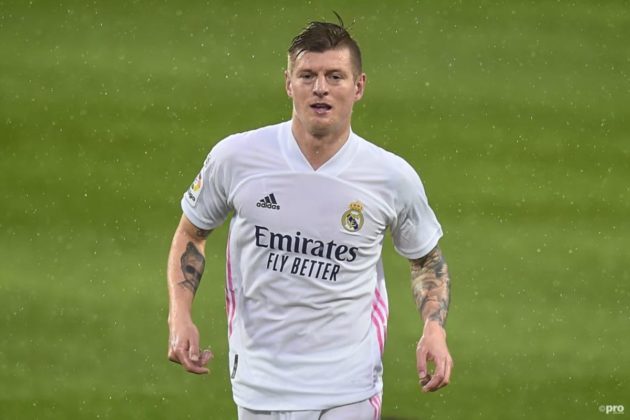 According to Catalan outfit El Nacional, the English side, who just witnessed a take-over by Saudi billionaires, eye the German star as the required boost they need to compete for titles.

According to reports, the Magpies are ready to table a bid worth €30 million (£25m/$35m) to secure the services of the Real Madrid midfielder.

Toni Kroos joined Real Madrid from Bayern Munich in the summer of 2014 and has  grown to become one of the club’s all-time greats.

The 31-year-old German international was instrumental in Real Madrid's dominance in Europe until 2018, as well as in the delivery of other major awards. So far, Kroos has made 326 appearances for Real Madrid, scoring 22 goals and having a total of 80 assists.

Kroos is currently been linked out of Real Madrid and Newcastle are the latest English side to show interest in the ball-passing maestro.