Money Raised for Rashford's Vandalised Mural Will Go To Charity

The money raised for the repairs of Marcus Rashford's Mural in Manchester, which was defaced by some angry football fans will be donated to charity. 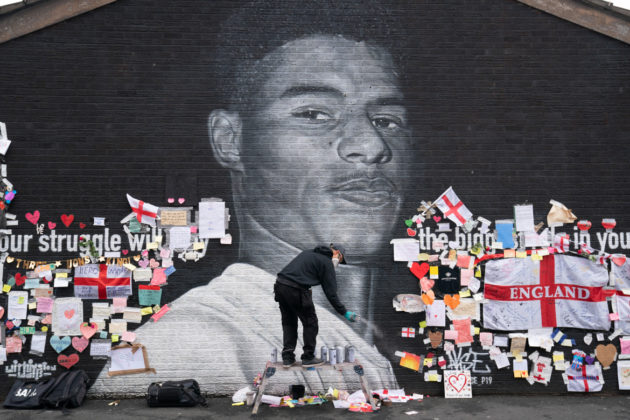 The Mural was defaced because the Manchester United player missed a penalty that was key to ensuring the Three Lions of England were defeated 4-2 on penalties by the Italians at Wembley on Sunday, July 11, 2021.

The funds raised from a crowdfunding page set up by fans to help repair the defaced Mural will be redirected to a Charity, Fare Share Greater Manchester.

Marcus Rashford confirmed via his official Twitter handle on Monday, July 26th, 2021, that the money raised will rather help feed children in a charity home this summer holiday. He tweeted;

Thank you Withington Walls, Akse 19, to Julie who kicked this all off, and to everyone who pledged a couple of ponds towards this fund.

Having raised close to 40,000 pounds, those funds will now be donated to Fare Share Greater Manchester guaranteeing that we reach more children in need this summer. 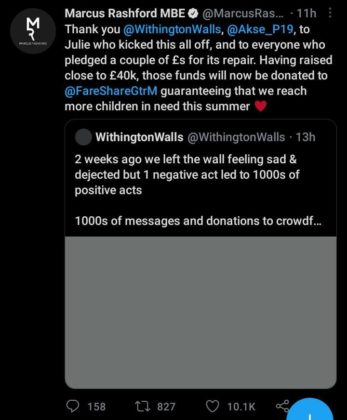 Jordan Sancho and Bukayo Saka were also victims of racial abuse on social media after the Euro 2020 final, The duo also missed their penalties along with Rashford.