Ace footballer, Lionel Messi, has officially sealed his 'Greatest of all time' tag after winning the 2021 Copa America Trophy with Argentina. 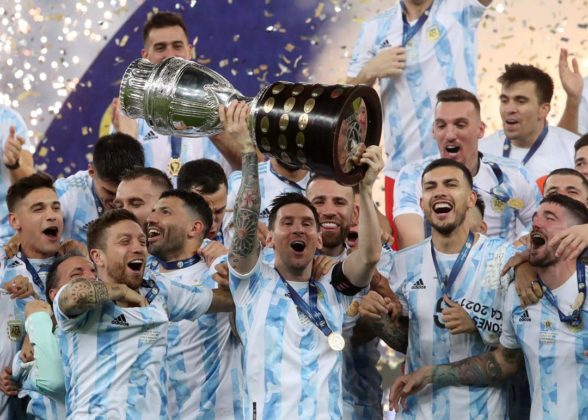 Messi Lifts the 2021 Copa America trophy with his teammates.

Lionel Messi has officially proven that he is the greatest footballer of all time after he led Argentina to win the 2021 Copa America Trophy against Brazil.

The thrilling match which was played at the historic Maracana Stadium in Rio de Janeiro ended one nil in favour of the Argentines thanks to a goal from PSG's prolific forward Angel Di Maria. Both teams came into the game with the determination to win, showing why they deserved to play in the final from the very start of the match.

The Argentine team eventually got their deserved break in the 21st minute. Prolific winger, Angel Di Maria, capitalized on a mistake by Brazilian defender Renan Lodi after a pass was served from the Argentine midfield. Di Maria got hold of the loose ball, took a good first touch and then clinically lobbed Brazil goalie Ederson to find the back of the net- a top tier goal from a top tier player! 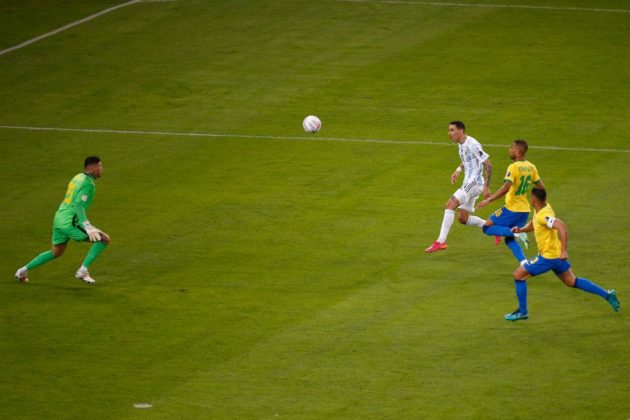 Both teams put up an interesting display in a tough game that was filled with a lot of tackles and yellow cards. Brazil could have equalized when Everton striker Richarlison got a clear chance in the box-18. He took the shot but was denied by Argentine goalie Emiliano Martinez, who has been very impressive all through the competition. Richarlison got another chance in the box, buried it but it was ruled offside.

Argentine Talisman Lionel Messi also got a clean one-on-one chance in the late minutes of the game but carelessly missed the opportunity to bury the game before the final whistle. Argentina's solid defense tactics were put into place to defend their lone goal to win the 2021 Copa America title!

Messi, who is currently a free agent won the top scorer of the tournament as well as the best player of the 2021 Copa America competition. 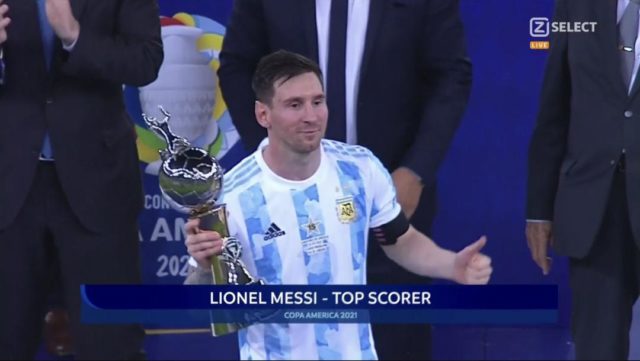 Although Lionel Messi currently holds the highest Ballon d'Or awards in his cabinet, a total of six. The conversation of who the greatest player of all time is is often debated as the football genius is often compared to Portuguese star Cristiano Ronaldo, who has five Ballon d'or awards and an international trophy. However, with Messi's breakthrough in finally winning an international trophy, his 'GOAT' status has officially been sealed.