Paris Saint Germain, (PSG) forward, Kylian Mbappe, has insisted that he wants to leave the Paris club. This has been the stand of the French forward since the start of last season and he has not changed his decision despite Messi signing for the Paris Club. 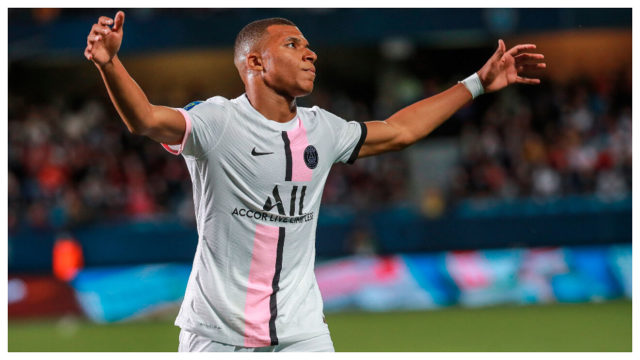 A renowned French journalist, Thibaud Vezirian, posted this information on his official Twitter account on August 11th, 2021. Mbappe said he does not want to play with Messi on the same team.

Real Madrid has always been the desire of any footballer around the world, and Mbappe is no exception to such desire.

Kylian Mbappe wants to leave. He has requested his exit voucher and does not wish to extend it. Either it's Real Madrid this summer or a free start in a year.

He had already warned several weeks ago that he did not want to play with Messi. 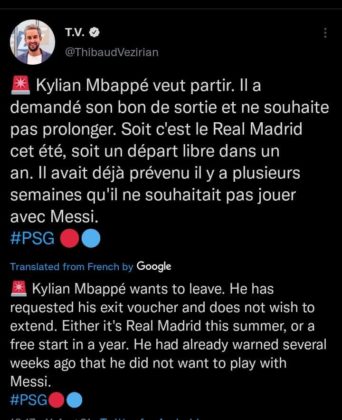 PSG is currently in a dilemma. If they cannot sell Mbappe this season, and he does not renew his contract, then he will leave as a free agent.