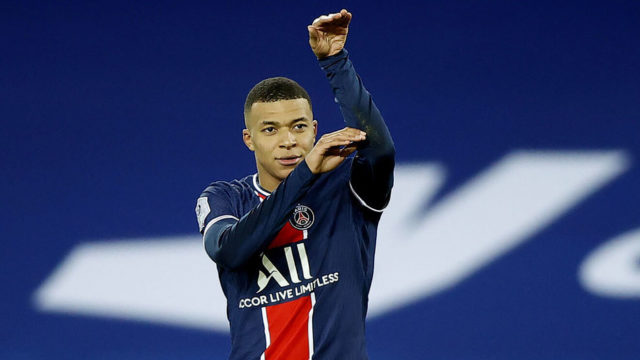 Advertisements
READ ALSO - Real Madrid Planning Move For Mbappe
French forward Kylian Mbappe has reportedly rejected a huge new contract offer from his club Paris Saint-Germain.
The young star has been in the news over his future in Paris after the French Giants signed Argentine talisman, Lionel Messi, on a free transfer from Barcelona.
According to Spanish outfit, Marca, Mbappe, whose contract with PSG ends next season, has turned down a new massive contract offer from the club.
It is reported that the pacy French forward rejected a six-year deal worth around €36m per year.

The latest report increases the chance of Spanish giants, Real Madrid, nabbing Mbappe as they are said to be highly interested in securing the services of the 22-year old.