RACISM: Marcos Alonso Reveals Why He Stopped ‘Taking The Knee’

Chelsea defender Marcos Alonso has explained why he no longer takes a knee before games, a popular anti-racism gesture. 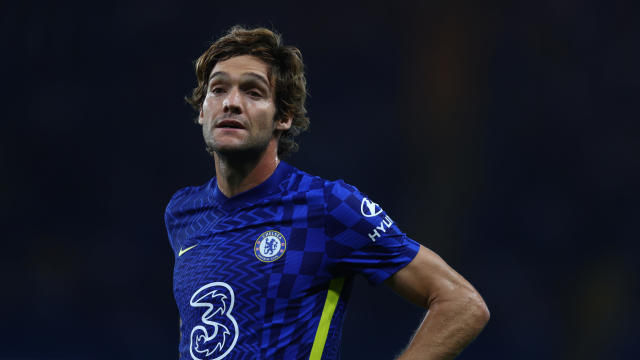 Chelsea defender Marcos Alonso has explained why he no longer takes a knee before games, a popular anti-racism gesture that many athletes have adopted.

According to the Spanish left-back, he said he stopped taking the knee because he believes that the anti-racism act has lost “a bit of strength.”

Alonso, who took the knee last season, hasn’t done so in any of the Chelsea matches he has been involved in this season. Instead, he plans to make his own gesture.

I am fully against racism and I’m against every type of discrimination. I just prefer to put my finger to the badge where it says: ‘No to racism’, like they do in some other sports and football in other countries. I prefer to do it this way and, of course, to say very clearly that I am against racism and I respect everybody.

Alonso isn’t the only player in the premier league to have stopped taking the knee. Crystal Palace’s talented forward, Wilfred Zaha, also stopped in March based on his belief that the gesture had become “degrading”.