Luis Suarez Reveals He Was Close to Signing for Arsenal | Read

Atletico Madrid striker Luis Suarez has confirmed that he was close to joining Arsenal when he was in the Premier League with Liverpool. 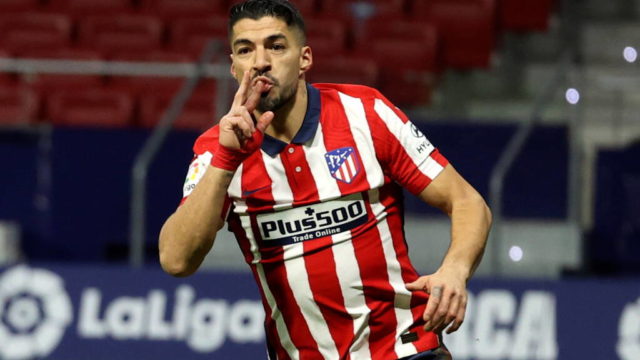 Mirror Football confirmed the news on its website on Monday, November 1st, 2021. According to the report, the Uruguayan was speaking in a press conference ahead of his club's UEFA Champions League game against Liverpool.

Suarez said he had offers from other clubs during the 2012/13 season, but Brendan Rodgers and Steven Gerrard convinced him to stay back at the club for another season.

Back then, I had opportunities to sign for other clubs who were getting in contact with me, but he phoned me when I was on holiday in Uruguay, to tell me that he had another way of thinking that he wanted to change the club and its philosophy, he would the club to get back into the Champions League and fight to win big that his, that he was going to make the team play great football.

He asked me to believe and trust him. I enjoyed that chat. I liked his conviction, the philosophy he wanted to implement at the club, so I talked to my agent and the club to say that I didn't want to leave, that I wanted another opportunity to be successful at Liverpool. That year wasn't as good as we wanted, but ideas were already pretty clear. So then the 2012/13 season goes by, and I wanted to sign for Arsenal since Arsenal had played in the Champions League even before that.

Liverpool was close to winning the Premier League in the 2013/14 season but lost the title to Manchester City. Suarez's performance that season for the Reds saw him move to Barcelona in the summer of the 2014/15 season.