Juventus Completes the Signing of Manuel Locatelli from Sassuolo

Juventus has completed the signing of Manuel Locatelli from Sassuolo. The contract will run until June 2026. Sassuolo will receive 35 million euros for the player, on an initial loan of two years, with an obligation to buy. 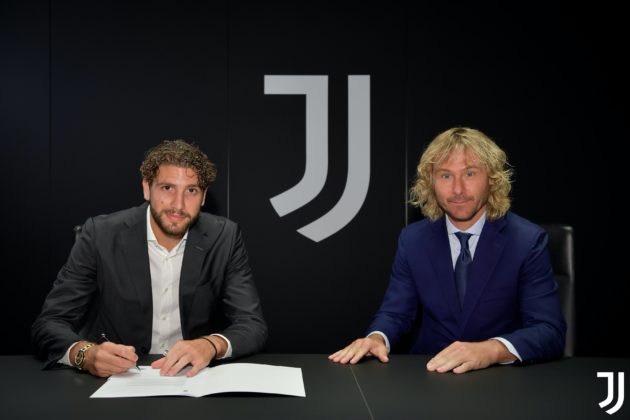 The Old Ladies are looking to improve their strength in the midfield and will try to win the Serie A season after losing the title to Inter Milan last season. 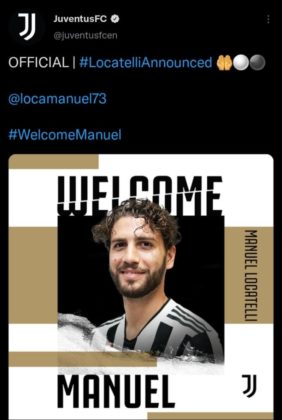 Locatelli started his football career at Atalanta before moving to AC Milan at age 11 in 2006. He signed his first professional contract with the Milan team from July 2015 until June 2018. At the end of his contract, Milan loaned Bakayoko from Chelsea, so the club decided Locatelli joins Sassuolo on loan.

He transferred to Sassuolo on loan with an obligation to buy. He scored 3 goals in 31 appearances in his first season for the Serie A team.