Captain of Liverpool Football Club, Jordan Henderson, has signed a new contract with the Reds on Tuesday, August 31st, 2021. There have been speculations about the future of the England midfielder since the start of this transfer window. Henderson joined the Merseyside team in June 2011. The new deal ensures he will be at the club for over ten years. 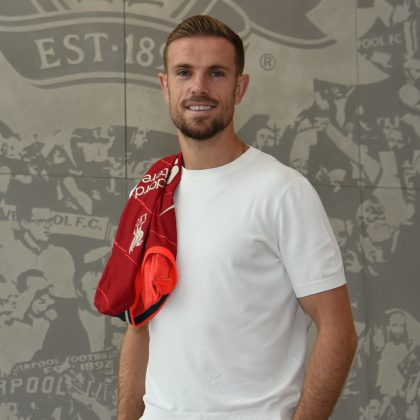 The midfielder expressed his delight over the new contract on Liverpool's website and he is looking forward to more years at the club with the fans and teammates. Henderson joins Trent Alexander-Arnold, Andrew Robertson, Virgil van Dijk, Allison who all recently signed a new deal with the club.

I'm obviously very honoured and proud to continue the journey I've already been on here. It's amazing to finally get it done and just concentrate on looking forward and what the future may hold. I'm in a different place, of course, as a player and as a person, from when I first walked in. I've learned and grown a love over my time here, and I've got to thank a lot of people for that.

I've loved every minute of it. Even when I look back at the tough times, I was still enjoying being a part of this football club. The longer I can do that, the better for me, really. I want to be here as long as possible. I've always said that. To continue this journey is incredible for me and my family, and I hope the fans and the club feel the same way.