Manchester United's forward, Jadon Sancho, has been ruled out of England's upcoming World Cup qualifiers after he suffered a minor knock during the team's training session. He is expected to resume at Manchester United training grounds so his injury can be properly examined. 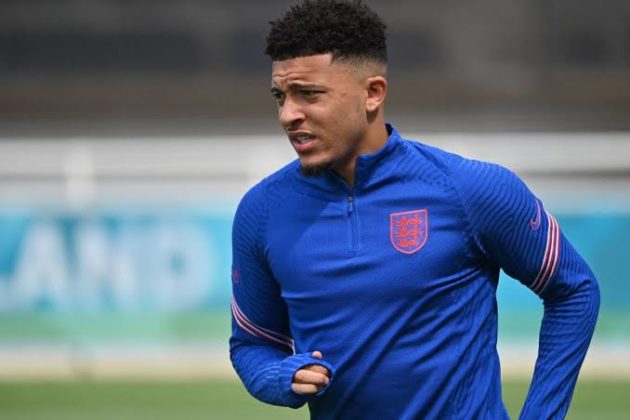 READ ALSO: NAOMI OSAKA BREAKS DOWN IN TEARS AFTER US OPEN DEFEAT

Sky Sports News, confirmed on September 4th, 2021 that the former Borussia Dortmund player picked up a knock earlier this week and was ruled out of the Three Lions victory over Hungary in Budapest. He is expected to be fit before Manchester United's next Premier League game against Newcastle on September 11th, 2021.

England will have to look for other options going into their quick games against Andorra at Wembley on Sunday, September 5th, 2021, and play Poland in Warsaw three days later.

Sancho has featured in Manchester United's opening three games of the season. He started the last game against Wolves and came off as a substitute for the other two games.