It Feels Like I Am Playing for a Different Club – Jota

Liverpool’s striker, Diogo Jota, believes the Reds differ from what they are last season. Jota, who was speaking in an interview said it feels like he is playing for a different club this season. 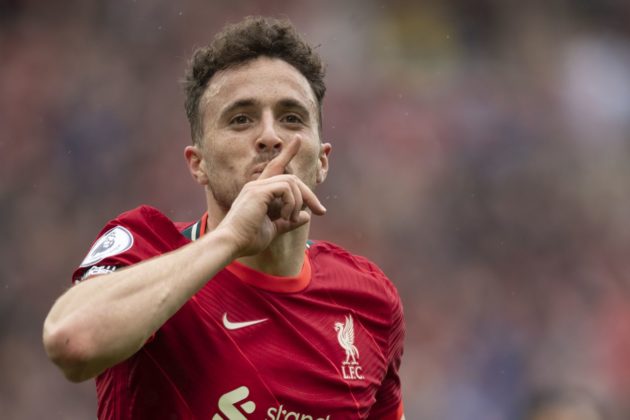 Jota who joined the Reds from Wolves for £40 million during the summer of 2020, told Liverpool Echo that the atmosphere at the club with the fans present at the stadium is different. The 24-year-old did not feel the presence of the Anfield fans because of the Coronavirus pandemic.

Jota scored 13 goals in his debut season for the Merseyside club.

I remember how hard it was to play at Anfield being an opposition player. Then last season, I wasn’t able to play a lot at Anfield with the fans supporting us inside a full stadium like I am doing this season. It feels almost like I am playing in a different club from last season because we couldn’t have that support and I believe that our fans are extremely important for us.

He also spoke about playing with the trio of Salah, Mane, and Firmino.

They are world-class players and I am very happy to be able to play with them and to get results with them. I feel like we are still developing our connections on the field and I think we can improve on that but that develops with game-time and facing opponents together.

But hopefully, along with Bobby Firmino, as a front four, we can get a lot of goals this season if we do the right thing.

The Portuguese has finally got the chance to celebrate goals in front of the Liverpool fans with his goals against Burnley, Norwich, and Brentford.