I Will Beat Tyson Fury Whenever We Meet - Anthony Joshua

Anthony Joshua has told Tyson Fury that he will beat him whenever he is ready to face him. Fury said earlier in the week has outlined Joshua as two of his last five fights before he hangs his gloves. The duo are expected to meet in Riyadh in March and then in September in the United Kingdom. 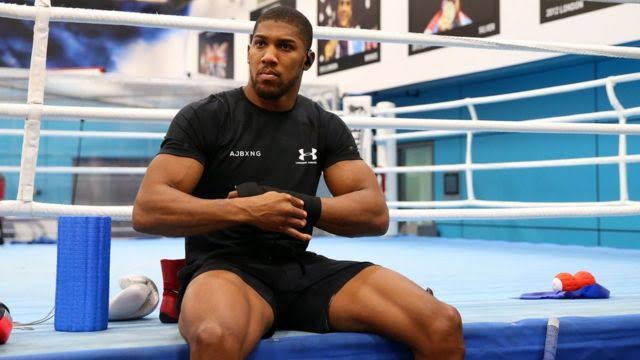 READ ALSO: I AM THE BEST PLAYER IN THE WORLD - ZLATAN IBRAHIMOVIC

Joshua and Fury were expected to fight this summer, but the Gypsy King called off the fight for a trilogy fight with Deontay Wilder. The interview was confirmed on the official website of Mirror Fighting on Friday, September 10th, 2021.

Finally, finally, another one for the resume. Let's get in on. What an honour it would be to fight Tyson, get another great fighter on my record, beat him, and then we would move forward.

We know his history. He pulled out of a couple of fights. It just happens. He's someone who pulls out of fights. Even with the Wilder situation, it happened again.

Good luck to him and we'll see him sometime. Whenever he's ready, we'll be here waiting.

The WBA Super, IBF, and WBO heavyweight King was furious when the fight with canceled but he is looking forward to his fight with Oleksandr Usyk on September 25th, 2021. The 60,000 tickets for Joshua's next fight at the Tottenham Hotspur Stadium were sold out in 24 hours.