Ukraine's late winner was all that was needed to send them through to the quarter-finals of the ongoing 2020 Euro. 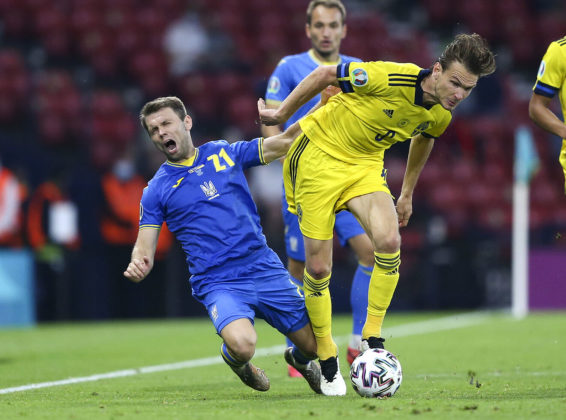 Ukraine took the lead after Manchester City's midfielder Zinchenko opened the goal sheet with a volley that blasted right through the net; Yarmolenko's cross to Zinchenko did the required magic.

Sweden's player of the night, Forsberg, latched onto a loose ball and his shot took a deflection off the heel of Ukraine's defender, Zabarnyi, going right into the net. Sweden leveled the match in the forty-third minute.

The impressive Ukraine team sealed the game in the 120th minute, ensuring that penalties were not the order of the day. The brilliant Zinchenko crossed from the left and Dovbyk took the opportunity with an unmissable header to send the Ukrainians into the quarter-finals.