The English Football Association has fined Chelsea Football Club £25,000 pounds for failing to control their players in their last Premier League game against Liverpool. The Blues' players were left furious after Anthony Taylor issued Reece James a Red card for intentionally handling the ball, which denied Liverpool a goal-scoring opportunity. 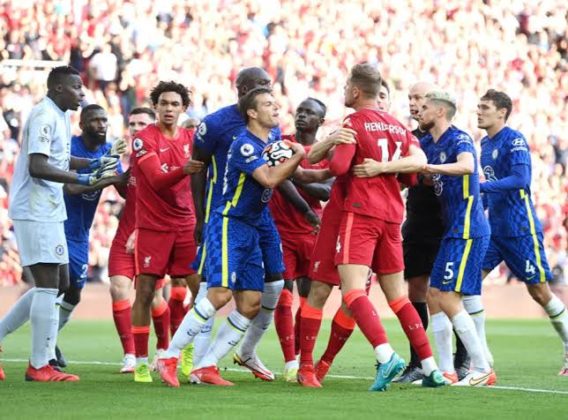 The FA confirmed the fine on its Twitter account on Wednesday, September 8th, 2021. The statement confirmed that Chelsea breached on the FA Rule.

Chelsea also admitted that they failed to put their players under check when the incident occurred on the 48th minute of the game. 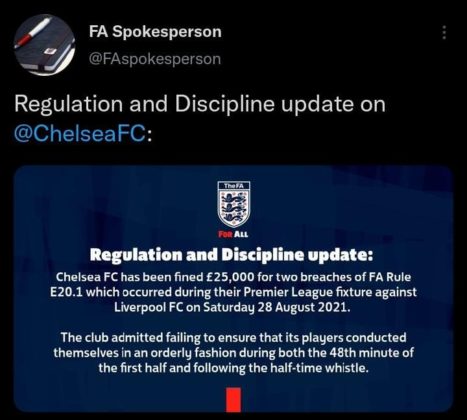 Chelsea FC has been fined £25,000 for two breaches of the FA Rule E20.1 which occurred during their Premier League fixture against Liverpool FC on Saturday 28 August 2021.

The club admitted failing to ensure that its players conducted themselves in an orderly fashion during both the 48th minute of the first half and following the half-time whistle.

The offender James will serve his one-match suspension when Chelsea plays Aston Villa at Stamford Bridge on Saturday, September 11th, 2021.