Emma Raducanu Beats Leylah Fernandez to Win the US Open

Emma Raducanu emerged as Champions of the Women's US Open in a game that was tagged the battle of the teenagers. She achieved this feat by beating Canadian Leylah Fernandez in straight sets on Saturday, September 11th, 2021. The British teenager became the first qualifier to win the US Open. 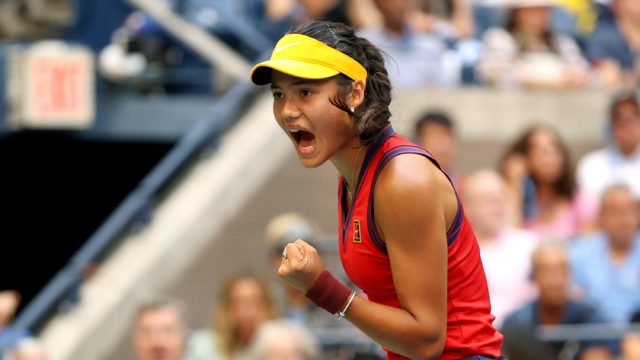 Raducanu showed her road to the final of dropping a set was not a fluke as she took the first set 6-4 despite the challenge from Fernandez. The second set was total dominance from the British as she brushed her opponent won the set 6-3.

This is the first time the Women's grand slam final will have an all-teenage affair since Serena Williams faced Martina Hingis in 1999. This was also the first major final that featured unseeded players since the Open Era in 1968.

She was fantastic throughout the qualification series and the main draw of the competition. The 18-year-old is the youngest Grand Slam winner since 2004, the youngest US Open winner since 1999. She achieved this feat without dropping a set.

Raducanu joins Virginia Wade in 1968, Andy Murray in 2012 to win the US Open. She is also the first British woman to win a grand slam since Virginia Wade Wimbledon in 1977.