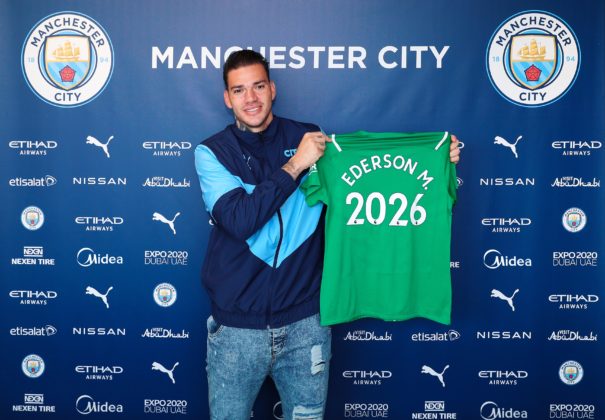 The Brazilian expressed his delight to renew his contract at the Etihad, he spoke about how his game has improved under Pep Guardiola. Manchester City confirmed the contract extension on its website on Wednesday, September 1st, 2021.

Ederson joined Manchester City in the summer of 2017 from Benfica where he had an excellent season with 24 clean sheets in 27 games.

This was an easy decision for me. There is nowhere else I'd want to be. To be part of one of the best squads in world football and to complete for trophies year in year out is what every footballer wants, and that is the opportunity you are given at City.

We have an outstanding manager. Working with him has been one of the great experiences of my career and I am a better player for it. We have achieved so much in the last four years and I am confident we can continue to bring more success to the Club in the coming seasons.

The 27-year-old kept 21 clean sheets and was nominated for the PFA Young Player of the Year award in his debut season with Manchester City. He also won the Golden Glove in the Premier League in the 2019/20 season with 16 clean sheets.