West Ham United’s manager David Moyes believes his former team Manchester United has what it takes to win the Premier League this season. He was speaking in an interview ahead of the Premier League game against the Red Devils on Sunday, September 19th, 2021. 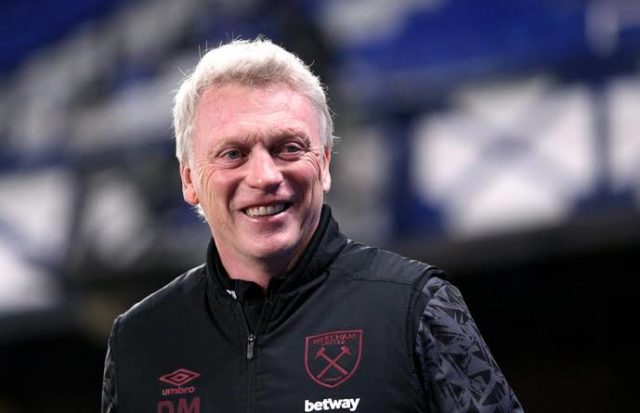 READ ALSO: PELE CONFIRMS HIS HEALTH IS BETTER DESPITE RETURNING TO ICU

Moyes, who was speaking to Sky Sports said, the Old Trafford team is a club that always competes to win trophies every season.

He believes Ole Gunnar Solskjaer has a very good squad, which is a balance of youth and experience, and he thinks the Norwegian is doing an excellent job at the club.

I think Manchester United will always have to be competitive and try to win trophies, try to win the Premier League, that’s what that club does. They’ve got a good balance of youth and experience in the squad. I think Ole’s been given a really good chance to build a squad and a team, and I think he’s doing a good job.

He’s got a team that is more than capable this year of winning the Premier League. At the biggest club in the world, you have to win the games and unfortunately; I didn’t win enough.

Ole’s doing a really good job. I think all managers at any club would ask for some time and if you get that chance, it certainly helps you build your squad and get your thoughts over to your team.

Moyes took charge of Manchester United in the 2013/14 season after the exit of Sir Alex Ferguson. He managed the club for only ten months, the third-shortest managerial time in the history of the Red Devils.