Manchester United attacker, Cristiano Ronaldo, has sent messages to everyone who is doubting the present form of the Red Devils. The Portuguese scored the winner in the Champions League game against Atalanta on Matchday 3. 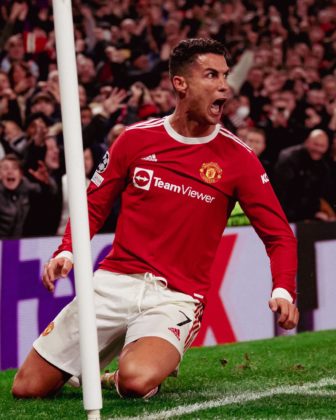 United were two goals down at the end of the first half. But goals from Marcus Rashford and Harry Maguire ensured the home side got level before Ronaldo headed in the winner on the 81st minute of the game.

Ronaldo took to social media after the game to express his excitement about the victory. The 36-year-old reinstated to everyone that the club is alive and giving up is not in their DNA.

Yes! The Theatre of Dreams is on fire! We are alive! We are Man. United and we never give up! This is Old Trafford!

Manchester United top the group with 6 points followed by Atalanta and Villareal with 4 points each and Young Boys with 3 points at the bottom of the table.