Coach of D’Tigers, Mike Brown, has announced that he will coach the team to the Afrobasket 2021. The tournament is to be hosted in Rwanda from August 24 to September 5, 2021. 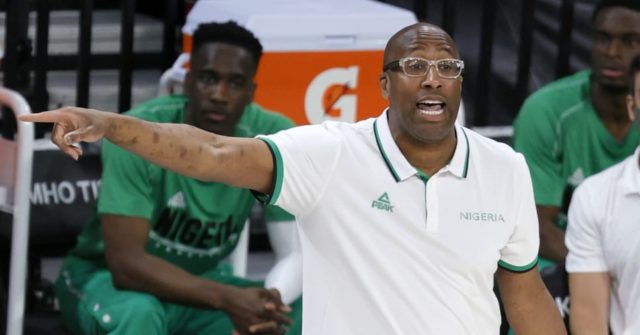 The announcement was made on the official Twitter account of D’Tigers on Wednesday, August 11th,2021 as an update where they stated that coach Mike has confirmed his place with the Nigerian Basketball team for the two weeks competition.

UPDATE: Coach Mike Brown has confirmed he will coach Nigeria at AfroBasket in two weeks. The tournament begins August 25th for D’Tigers against Mali. Roster TBA.

READ ALSO: LIONEL MESSI REVEALS WHY HE SIGNED FOR PSG

UPDATE: Coach Mike Brown has confirmed he will coach Nigeria at AfroBasket in two weeks.

D’Tigers are contenders to win the competition, following their amazing run in the qualifiers. The Nigerian team became the first team to qualify for the Afrobasket without losing a game. Nigeria topped group B with maximum points.

Coach Brown will hope that his team gets a better outing in Rwanda than what happened at the Olympic Games in Tokyo. Nigeria lost all their group games at the Olympics despite having won against Argentina and the USA in the friendly games leading to Tokyo.

Nigeria is in Group C alongside Ivory Coast, Mali, and Kenya