The game between Chelsea and Manchester United on Sunday, December 28th, 2021 at Stamford Bridge was one of the most intense games between both sides. Manchester United have won just twice in 19 attempts at the home of the London team. 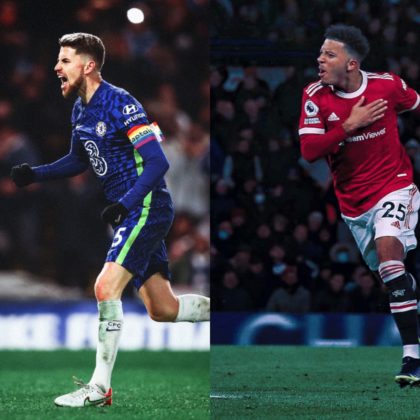 The absence of Cristiano Ronaldo was the headline on the team news at Stamford Bridge. This was the second time the Portuguese player was not on the starting list since he rejoined the Red Devils in the summer.

Here is a list of 5 things we have learned from the game:

(1) Chelsea have mastered the pressing game:

The Blues have been able to get the pressing game right, a style of play which is basically played by Manchester City and Liverpool. Thomas Tuchel has fashioned his team to press their opponents back into their half, which gives Chelsea's players room to dominate the game.

The presence of the defender was missed at the left wing-back position as Alonso was not connecting to the balls that were sent in by Reece James on the right side of the defense. The England player picked up an injury midweek in the UEFA Champions League game against Juventus, which has ruled him out for six weeks.

The decision to bench Ronaldo by Michael Carrick was tactical, which will allow the team to sit deep and wait for the counter-attack. The plan worked perfectly when Jorginho made a mistake in the midfield to gift Sancho the ball, which led to United's first goal of the game.

(4) Chelsea will have to learn how to break a defensive team:

Thomas Tuchel will have to teach his team how to break down teams that decide to sit back and wait for a counterattack. The Blues have always found it hard to get a goal whenever they play against that style of play.

(5) The result of the game has thrown the title race open: