The Athletics Integrity Unit (AIU) has charged Nigerian athlete Blessing Okagbare with three offences for taking banned substances. She was suspended during the Tokyo Olympics Games after testing positive for a human growth hormone following an out-of-competition test on July 19, 2021. 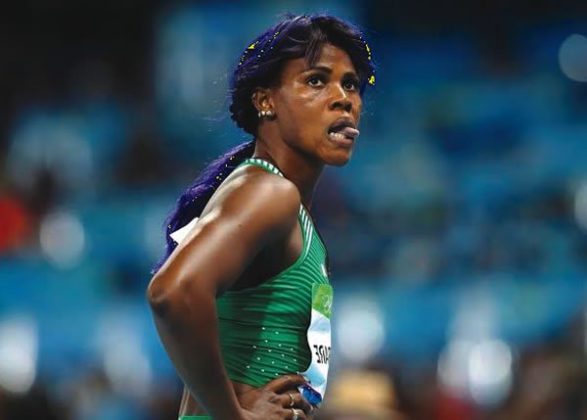 The Integrity Unit confirmed the news by releasing a statement on its official Twitter account. According to the report, Okagbare tested positive for a banned substance named recombinant erythropoietin (EPO) which handles the increase in the red blood cell count. 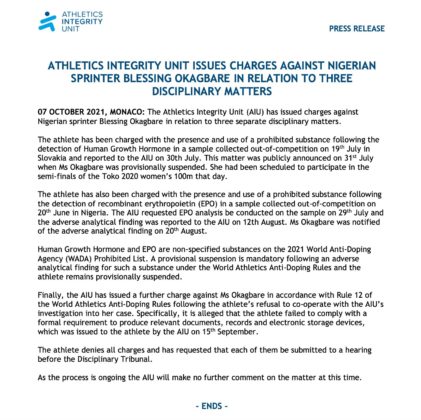 The AIU has also been charged for not cooperating as she failed to comply with the formal requirement to provide relevant documents, records, and electronic storage devices needed for the investigation.

The Nigerian might have to lose all her medals, which include her silver medal at the 2008 Olympics if she is found guilty.