Chelsea Football Club could be without England international Ben Chilwell for the rest of the season. 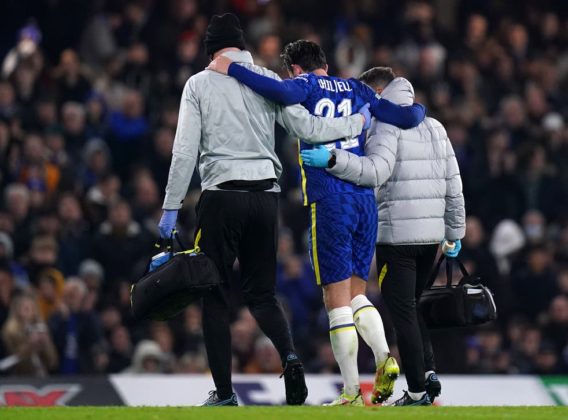 Chilwell was substituted in the 71st minute in the game against Juventus at Stamford Bridge in the UEFA Champions League. According to reports from Daily Mail, the player may seem to have damaged his ACL, which is most likely to rule him out for months.

Tuchel was speaking after the 4-0 against Juventus said he was worried about the player's injury, especially now that he is in excellent form.

It worries because he was in such a fantastic moment like Reece on the other side. They were in the best shape could be, so strong, full of confidence and such a lot of quality.

He also added that Chilwell will go for a scan and hope for the best news when the result is out.

Chilwell was in a lot of pain. Now he feels a lot better. We have an examination tomorrow, to be more precise. We hope for the best, hopefully; we get away, fingers crossed, with not too bad news.

Chilwell has been a key part of Tuchel's side in the league and Europe. He has scored three goals and one assist this season.