Bayer Leverkusen is reportedly said to be keen on signing Liverpool's Sheyi Ojo as Bundesliga outfit see the 24-year-old who spent last season out on loan at Cardiff City as a good addition to their young squad. 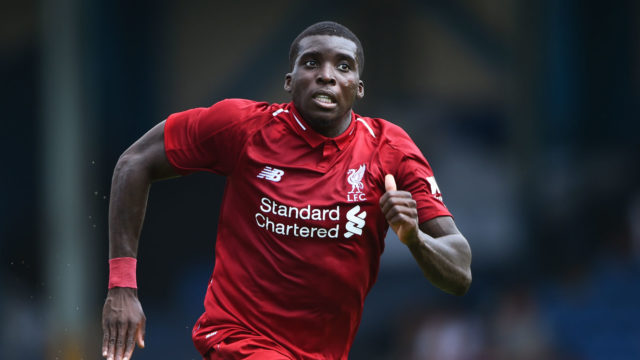 Reports in Germany on Wednesday 21st July, claim that Bayer Leverkusen has made the winger a primary target to take the place of former Leicester player Demarai Gray, who is on his way to Everton.

Ojo, who is under contract with Liverpool until 2023 has not been involved in the Reds' first team for the past three seasons. He had spent this time on loan spells at Glasgow Rangers, Wolverhampton Wanderers, Fulham, Cardiff, and Stade de Reims.

The Nigerian-English player was surprisingly not included in Liverpool's pre-season squad for their camp in Austria. With The Reds picking a fairly large squad of players to commence preparations for the new season, it was expected that all contracted players who are not  away on international duty would be present. Although the reason behind Ojo's exclusion has not been mentioned, there has been no report that the winger is injured or has contracted anything such as covid.

Ojo joined Liverpool from MK Dons for 2 Million pounds in 2011. It was considered an expensive deal for a 14-year-old at that time. He made his first-team debut at the age of 18 in a cup game vs Exeter and finished the season with 8 appearances.