SHARE
Spanish clubs Barcelona and Atletico Madrid are making considerable efforts for the exchange of Antoine Griezmann and Saul Niguez according to reports coming out of Spain on the 19th July 2021. 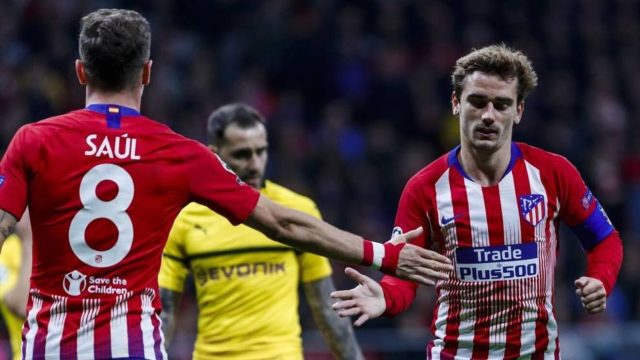 “Barcelona and Atletico Madrid are negotiating for Saúl-Griezmann swap deal, but there’s still NO agreement. Barça insists they want money in the deal + players won’t reduce their salaries.” 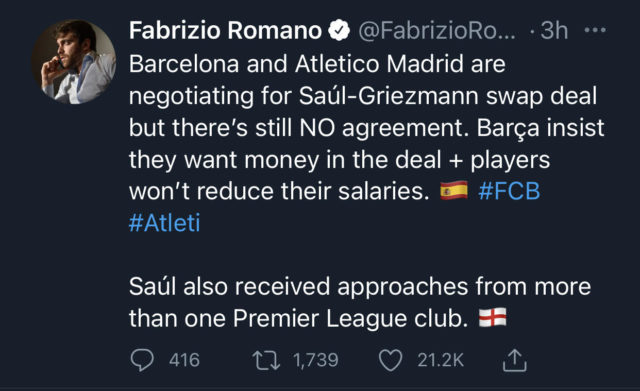 Atléti President Cerezo about the deal:

“In the world of football anything is possible. No one knows what the outcome of these negotiations will be. Griezmann back? If that happens, it will be a pleasant surprise... you will soon know something”, he told Deportes Cuatro.

Barcelona has been working all summer to reduce their wage bill in other for them to offer Messi a new contract and register Sergio Aguero and other new signings. So they are keen on letting go of their French striker, one of their highest earners and is considered a flop by their fans. Atletico on the other hand has different clubs knocking on their door for the service of their left-footed midfielder, with premier league clubs Man City and Liverpool the most notable of them.