Former Chelsea manager, Antonio Conte is set to be the new manager of Tottenham Hotspur following the sacking of Nuno Espirito Santo by the London Club. 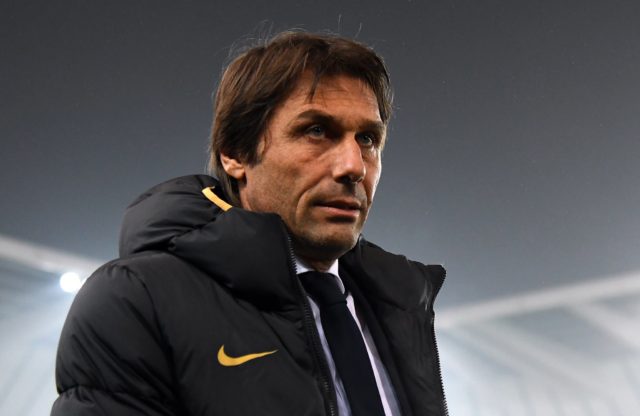 The club announced the sacking of the former Wolves manager alongside his backroom staff, on its official website on Monday, November 1st, 2021.  Nuno joined the London side in May 2021 after leaving his position as manager of Wolves after the end of the 2020/21 season.

Transfer News expert, Fabrizio Romano confirmed on his official Twitter account that the Italian is set to become the new manager of Spurs and every detail of his contract is already been finalised by both parties.

Antonio Conte is expected in London soon to complete talks on final details with Tottenham. Deals at final stages for new Spurs manager after Nuno out. 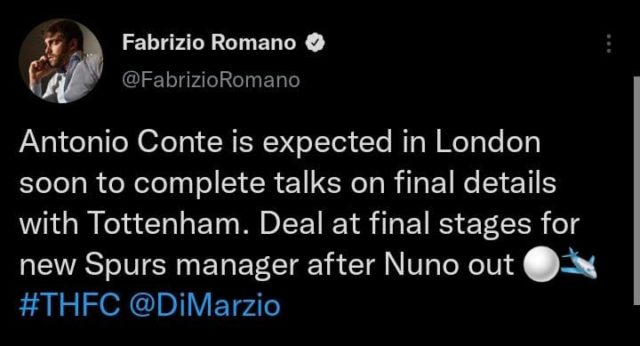 The last time Conte was in the Premier League, he won the league title in his first season with Chelsea in the 2016/17 season and won the FA Cup in his second season beating Manchester United 1-0 in the final courtesy of a goal for Eden Hazard.