British boxer, Anthony Joshua has sent a message to his supporters after losing to Oleksandr Usyk at the Tottenham Stadium. The Ukrainian won the fight with a unanimous decision. 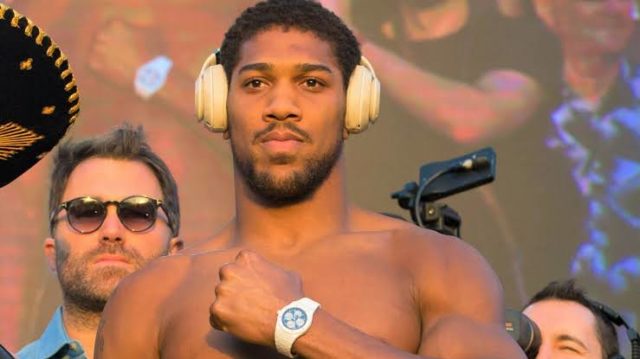 Joshua posted a message with a picture of himself after the fight on his official Twitter account on Sunday, September 26th, 2021. It was a fight that gave little chance for Joshua as he could not match the speed and skills of Usyk.

Keep positive even if the world is crumbling in front of you! London. I love you and thank you every time. 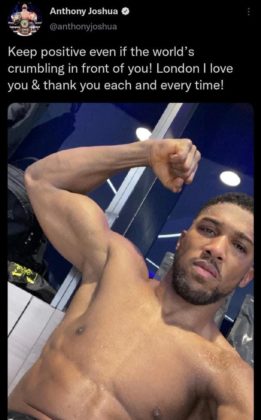 The judge’s scorecard after the fight was 117-112, 116-112, and 115-113. There is expected to be a rematch between the duo and the winner is most likely to face the winner between Deontay Wilder and Tyson Fury.