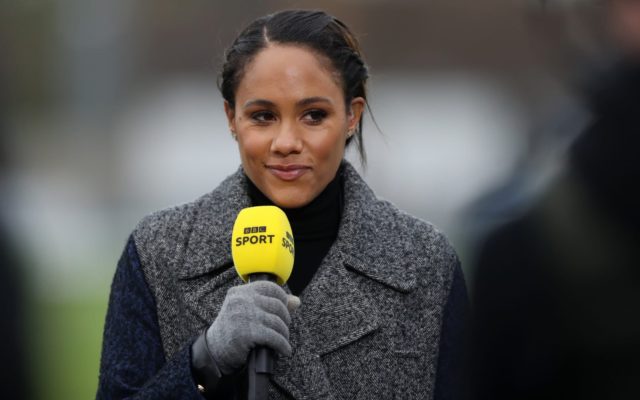 The 36-year old who excitedly shared the news on Wednesday night of the 21st of July via Twitter said:

“Happy to finally share the news that I joined the FIFA family and will be commentating for #FIFA22! 🏾

This is a big moment for FIFA, for football, and for women and girls across the world.

It’s also a big moment for me personally and professionally”. 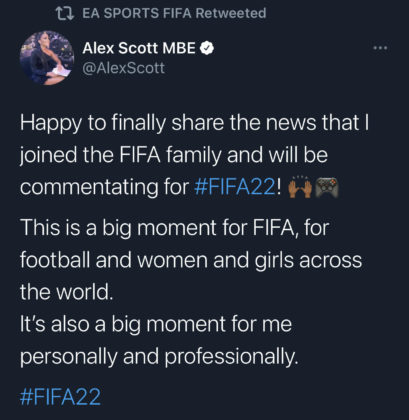 She went on further to say:

“Whilst I am the first English-speaking female broadcaster to feature in FIFA, I will certainly not be the last. 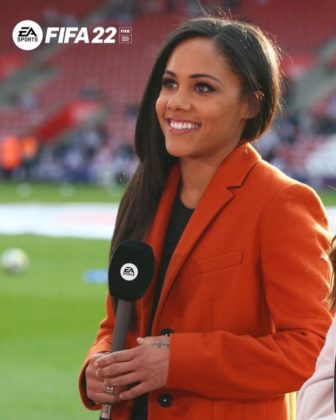 Alex made 140 appearances for the England women’s national team and represented Great Britain at the 2012 London Olympics. She was also a key figure in Arsenal’s historic “Quadruple” season in which they won all of their trophy competitions.

The Arsenal Women’s legend has immense knowledge of football and her opinions and analysis as a premier league pundit have always been well informed and dynamic. She is definitely going to add more spice to the game.