Aaron Ramsey Ruled out of Football Indefinitely after Suffering Injury

Juventus midfielder, Aaron Ramsey, has been ruled out of football till further notice. The 30-year-old suffered a thigh injury in the club's opening game of the 2021/22 season against Udinese. 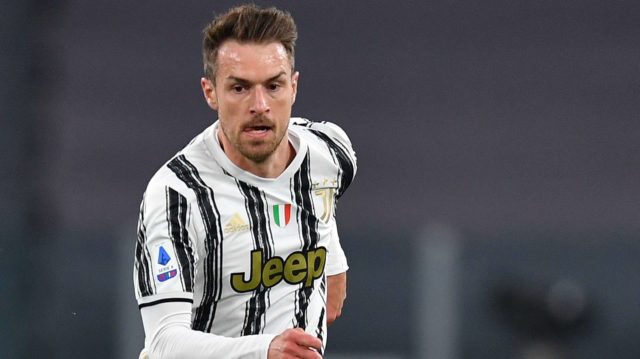 This injury news is a colossal blow for Wales, as they will be without the midfielder in their FIFA World Cup qualifier, which is to be played in the first week of September 2021. Juventus announced the news on its website on Tuesday, August 24th, 2021.

Ramsey started the game but was substituted on the 59th minute of a 2-2 draw at the Dacia Arena. The Old Ladies confirmed that the player would not be available after he underwent a diagnostic test at the club's medical center.

Due to a muscular problem reported at the end of teh match played against Udinese, Aaron Ramsey underwent diagnostic tests at J|Medical this morning, which revealed a low grade injury to the adductor major muscle of the right thigh. In 10 days, he will undergo new exams in order to precisely define the recovery time.

Ramsey has suffered a lot of injury issues since joining Juventus on a free transfer from Arsenal in 2019.