After DJ Switch's performance at the BBNaija Saturday night party, lovers of her craft went on full campaign mode, calling out Pepsi on social media to replace their ambassador, Dj Cuppy with DJ Switch. 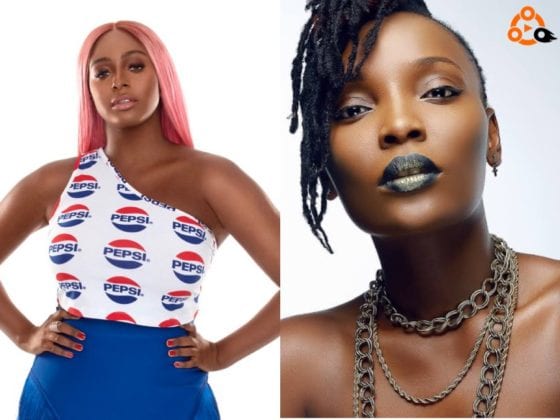 In responding to the movement, Cuppy reacted to a tweep who specifically said; "DJ Switch Pepsi replace Cuppy" and Cuppy said;

"REPLACE? No, Pepsi loves Cuppy too much, so this can never happen. Sign ASWELL? Yes, they certainly should add more females!"

REPLACE? No, Pepsi loves Cuppy too much, so this can never happen. Sign ASWELL? Yes, they certainly should add more females! 💙 #CuppyDat https://t.co/EKvFwIY8Hv

DJ Switch, however, has revealed that she was called by a national publication asking if she encouraged fans on this new campaign and she openly stated that she has no intention to take over anyone's role as there's room for everyone, rather she is working to gain her grounds in the industry.

She also appreciated BBNaija for the platform she got to show people are craft. 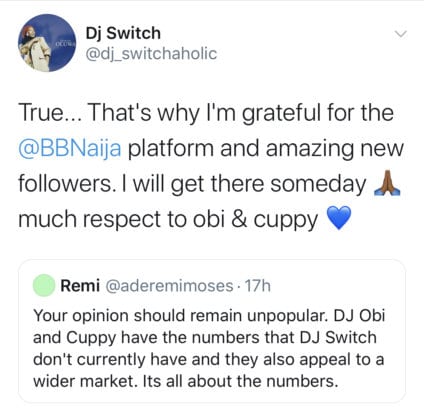 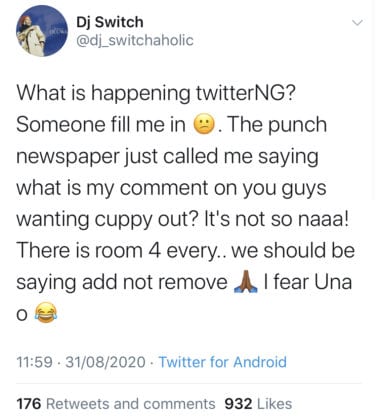 What we can say is that there is indeed enough space in the industry for women to thrive and we appreciate both DJs for their reactions so far.