Nigerian Afrobeats Superstar Wizkid sure knows how to play the role of a 'daddy yo' after his first son Boluwatife shared a video flaunting the hard currencies that his dad gave him. 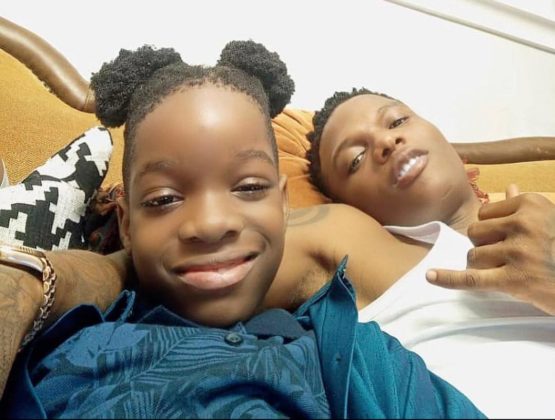 Wizkid and his son, Boluwatife

'Big Wiz' who in recent time has been in the public more often than usual has also been 'blessing' people in different ways - more like 'Big Santa Wiz'. From gifting Mayorkun expensive drinks in the club; to linking up with a Nigerian underground artist Amos Osemwengie to receive a painting he did for him; to revealing the scheduled release of a song with 19-year-old producer P.Priime, to storming Nigeria-owned luxury store Ashluxury to blow some 'bags', amidst other public activities.

Apparently, Wizkid's Boluwatife equally got a share out of the bag that seems to be circulating as the ten-year-old took to his Instagram page today 17th of June 2021 to flaunt the dollars he got from his father. While flaunting the 100 dollar bills, the excited Boluwatife was heard telling his mum who was recording the video that was she invading his "billion-dollar privacy"

Recall that Boluwatife was one of the beautiful faces that Wizkid used to grace the visuals of his soothing tune 'Smile' (Including his two other sons - Ayodeji and Zion) featuring American songstress H.E.R and directed by Meji Alabi. 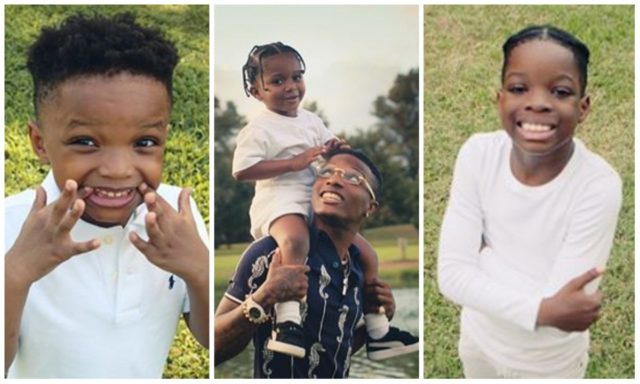 Wizkid and his Sons

Centered around smiling, loving, and companionship, the highly positive song off the classic 'Made in Lagos' Album keeps aging like fine wine, its a perfect time to revisit it yes?

LISTEN TO 'SMILE' BY WIZKID BELOW;