The total streams for Wizkid's global hit, Essence featuring Tems on Apple Music has soared to a new high of 60 million in total.

Essence by Wizkid which now has a remix treatment by Justin Bieber attained the new landmark Apple Music streams recently. The news was released via Wizkid's official fan page on Thursday, the 19th of August 2021. 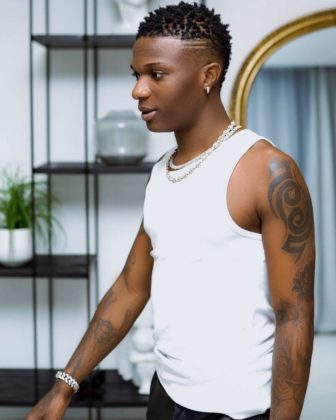 Wizkid's fan page, @wizkidnews shared the update, while also revealing that another song off the album, Mighty Wine had attained 5 million streams on Spotify. Such is the disparity between both songs even though the numbers are from different platforms. The total number still has almost the same level of disparity because Essence has become a global hit, and the remix will only make it better. The fan page wrote; 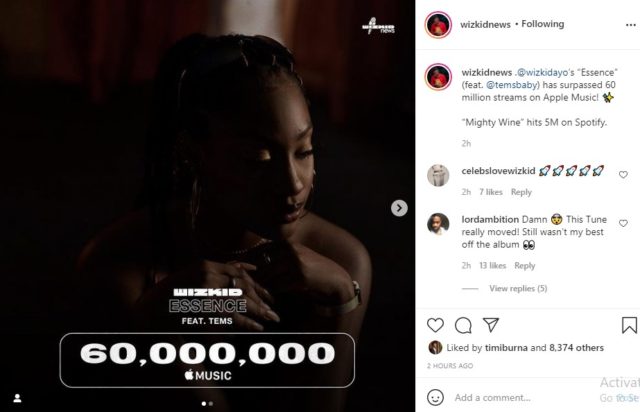 The news about Wizkid's Essence clocking 60 million streams on Apple Music comes shortly after we reported the remix also doing numbers. Within hours of its release, the Essence remix had racked over a million views on Youtube and made its way into the US Apple Music top 30.'