Nigerian singers, Wizkid and Davido were among the biggest winners at this year's People Choice Awards organized by The Net NG along with Simi, Omah Lay, and others. 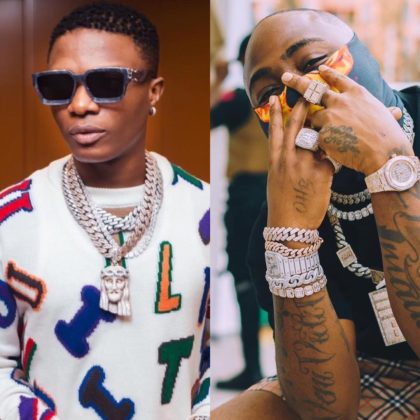 The winners of all the categories were announced on Sunday, the 20th of June 2021. The Net NG People's Choice Awards were given to diverse Nigerians from all walks of life, including artists like Wizkid, Davido, Simi, and Adekunle Gold.

Wizkid won the Most Played Song category with his song 'Smile' which featured American singer, H.E.R. 'Smile' beat off competition from Wizkid's own collaboration with DJ Tunez, 'Pami' and Ayra Starr's 'Away'. He also won the award for Most Popular Male Musician. The award organizers wrote on their page;

This song put the biggest ‘Smile’ on our faces when we first saw the video.

The NET Honours Class of 2021 award for ‘Most Played Song - R&B’ goes to @Wizkidayo and @hermusicofficial for “Smile”.

Davido also won the award for Most Searched Musician for the second year running at the ceremony. The other names in that category with Davido for the Net NG award include Wizkid, Olamide, Burna Boy, Phyno, and Ajebo Hustlers. They wrote on their page;

OBO has been on a roll lately, and you can say he's ready for more with this win.

The NET Honours Class of 20211 Most Searched Male Musician is @davido! 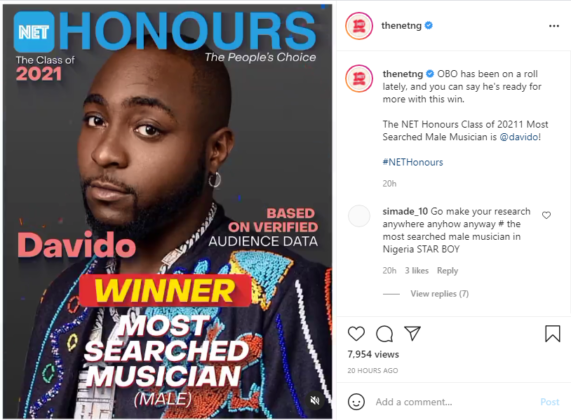 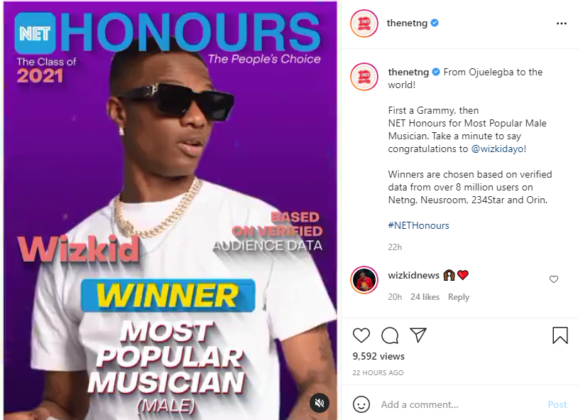