Wizkid To Perform At Coachella 2018 Alongside Beyoncé, Jidenna, Black Coffee And More

A few hours ago the line-up for 2018's edition of the world renowned music festival Coachella was released, and among the line-up of artists to perform was our very own "Starboy" Wizkid.

The Coachella Valley Music and Arts Festival (commonly referred to as just Coachella or the Coachella Festival) is an annual music and arts festival held at the Empire Polo Club in Indio, California.

Coachella showcases popular and established musical artists, as well as emerging artists and reunited groups. Coachella is one of the largest, most famous, and most profitable music festivals in the United States and all over the world. The 2017 edition of the festival was attended by 250,000 people and grossed $114.6 million.

On the bill to perform are main headliners The Weeknd, Beyoncé, and Eminem, as well as other acts like as Black Coffee, Jorja Smith, Migos, Cardi B, Jidenna, Tyler the Creator, and more, all of which Wizkid will be performing alongside on two Saturdays, the weekends of April 14th and 21st.

It is no news that Wizkid has been making waves internationally. This is just another of the big moves helping to further the reach of Nigerian music around the globe, and we continue to wish him success! 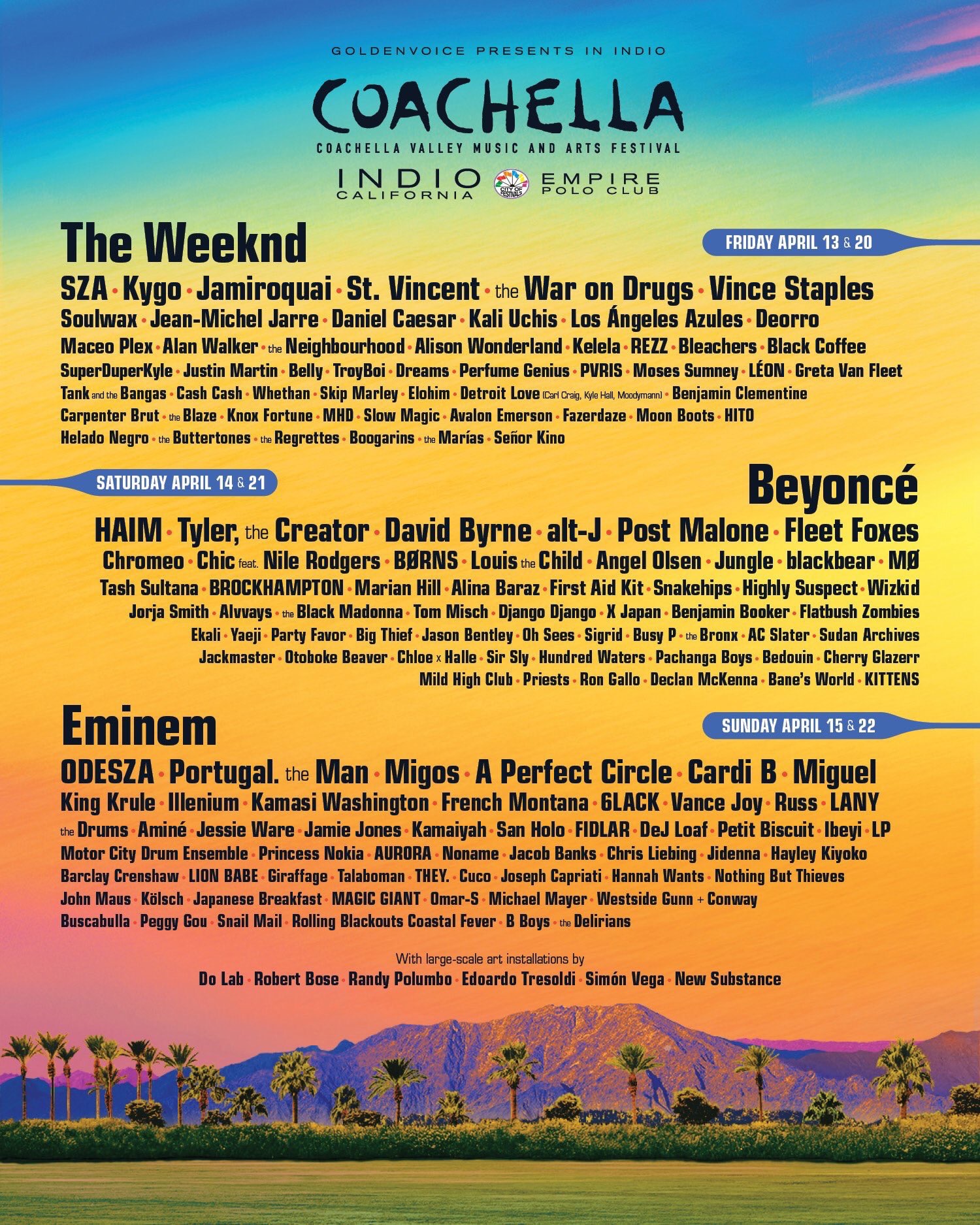