Nigerian superstar singer and Starboy Entertainment boss, Wizkid is back to making new music after his last album and has linked up again with Sarz. 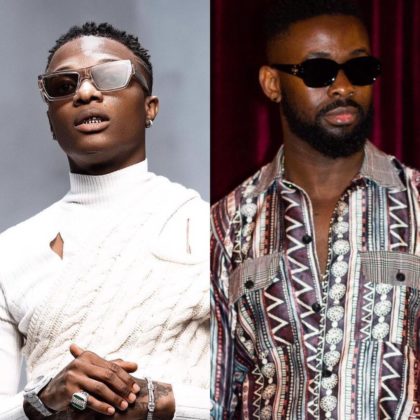 Wizkid shared a video of himself with Sarz via his Instagram stories on Friday, the 18th of June 2021. The video focused on Sarz with his laptop and recording instruments before panning out to a view of their apartment window. The singer wrote, "Back at it wit blud 🩸😈😈 @only1sarz 🦅"

Wizkid has recently revealed that is working with producer, P.Prime to reduce a song soon, and may well be having another one with Sarz now. The duo have been known to collaborate with each other from time to time. Sarz produced Wizkid's 2017 classic, 'Come Closer' featuring Drake. We might have to go back to 2012 for their most iconic collaboration, however, with 'Samba (Beat of Life)'.