Afrobeats poster-boy Wizkid has sold out his second-day 02 Arena tickets in two minutes. 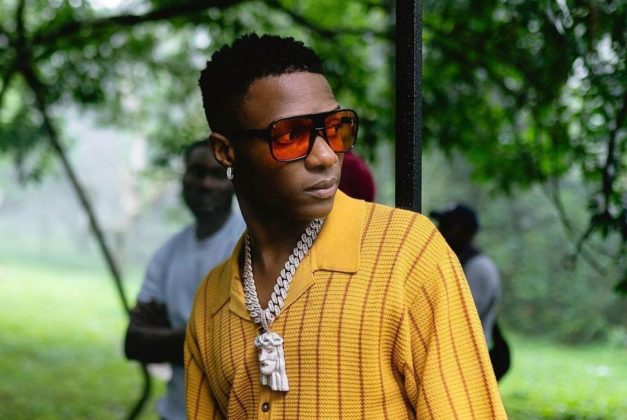 The Afrobeats superstar, who recently announced his 'Made in Lagos' World tour, initially sold out his UK 02 Arena tickets in twelve minutes with an intense plea for another date.

Heeding the call of the people, the Starboy frontliner decided to put out a second date and today, on the 3rd of September 2021, the singer sold out the second-day 02 Arena tickets in two minutes!

The appreciative Big Wiz took to his twitter page to announce the feat and as well thank his UK fans for the love. 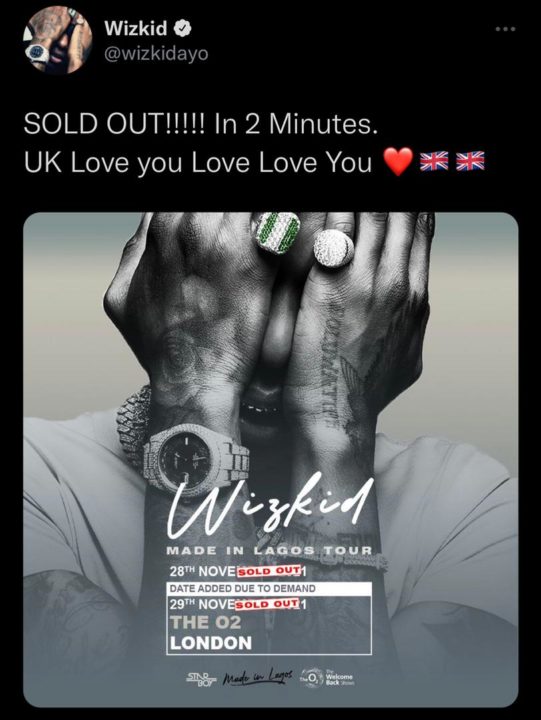 Following up the new feat, Wizkid has announced another date for his UK fans at the 02 Arena, making it a three-day concert at the same venue.

The United Kingdom's 'Made in Lagos' Tour is scheduled to take place on the 28th of November, 29th November and the 1st of December 2021. 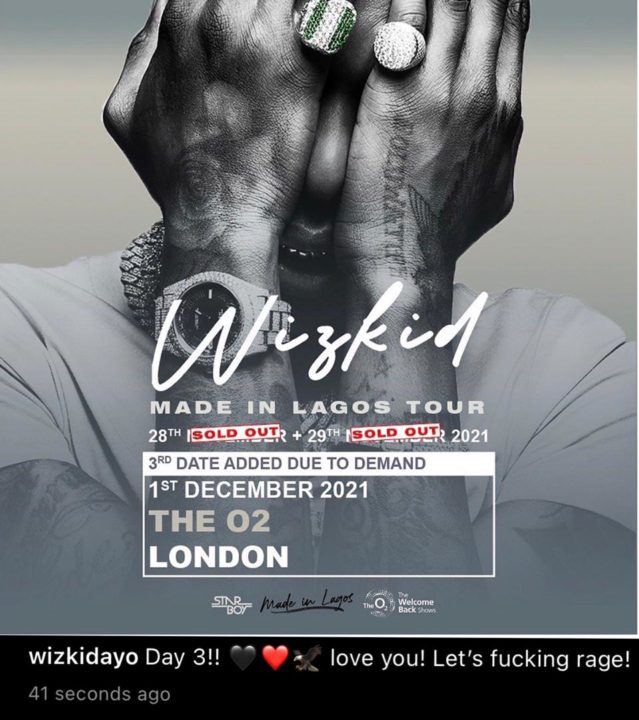